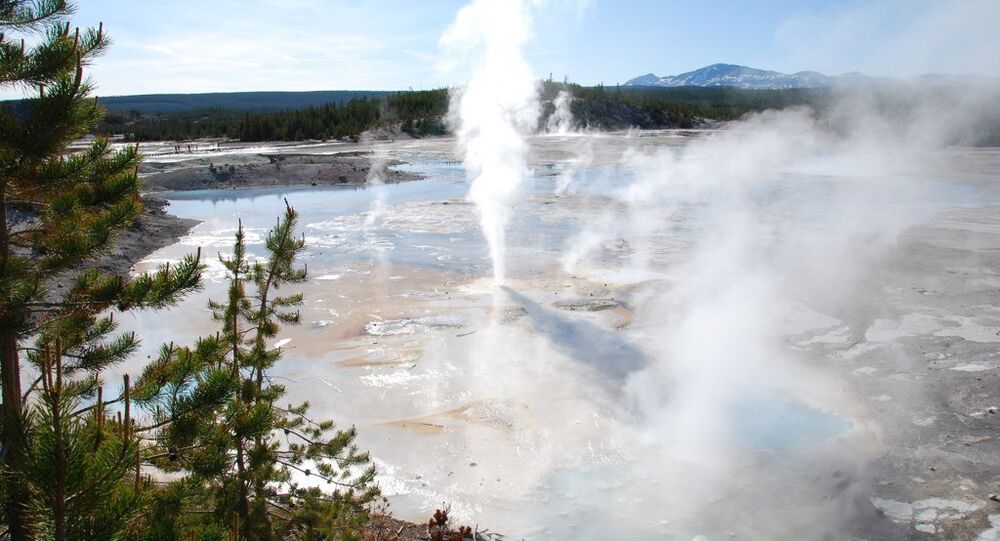 A man is presumed dead after wandering approximately 225 yards off a path in Yellowstone Park and falling into the Norris Geyser Basin on Tuesday.

© Flickr / Bob Franks
WATCH: Elk Charges at Woman Ignoring the Rules in Yellowstone
A witness reported seeing the visitor, who appeared to be in his 20s but has not yet been identified, as he fell into the hot spring.

A recovery process is underway, but park spokeswoman Charissa Reid has told local news station KPAX that,  "the recovery process is very difficult because of the hazards of the environment.” The hot springs are known to reach temperatures of up to 200 degrees Fahrenheit, extreme enough that they can be fatal to humans if enough of their body becomes immersed.

The Norris Geyser Basin is now temporarily closed as the investigation is underway.

"Norris Geyser Basin is the hottest and most changeable thermal area in Yellowstone," according to the YNP website.

On Saturday, a 13-year-old boy had to be airlifted from the park to the Salt Lake City hospital after he fell into a pool near the Castle Geyser in the Upper Geyser Basin and was badly burned.

“Directly below the surface and in areas where there are thermal features, there can be a lip over the top of the feature that hides boiling hot water below it," park spokeswoman Charissa Reid said in a statement after Saturday’s incident. "So it’s very dangerous to walk off the boardwalk in the thermal areas. Not only is it illegal, but it’s also unsafe. In addition to that, it can damage the thermal features and encourage others to walk off trail by leaving foot prints in the geyserites as well, so it is illegal and we do enforce that regulation pretty strongly in the park."

The boy is recovering, but suffered extreme burns to one of his limbs. His father was also burnt while rescuing the child.

© Flickr / Ed Sweeney
Yellowstone Park Euthanizes Bison Calf After Tourists Attempt to Rescue It
US national parks have faced a string of problems with visitors inappropriately and illegally interacting with wildlife. Park representatives have stated that tourists can get overzealous, especially when on a quest for the perfect selfie.

In May, a bison calf had to be euthanized after tourists separated it from its herd and put it in their SUV claiming that they thought it was cold. Efforts by park rangers to reunite the calf with the herd were unsuccessful, and ultimately proved fatal for the young animal.

“In recent weeks, visitors in the park have been engaging in inappropriate, dangerous, and illegal behavior with wildlife," according to a park statement following the incident.

Last week, another guest of the park received a scare after she was charged by an elk. The woman walked to within 25 feet of the grazing animal, despite clearly posted rules regarding respect to park wildlife. According to the rules, tourists must stay 25 yards from large animals and 100 yards from bears and wolves, but these simple guidelines are often ignored.

Magma Reservoir the Size of 11 Grand Canyons Discovered Under Yellowstone