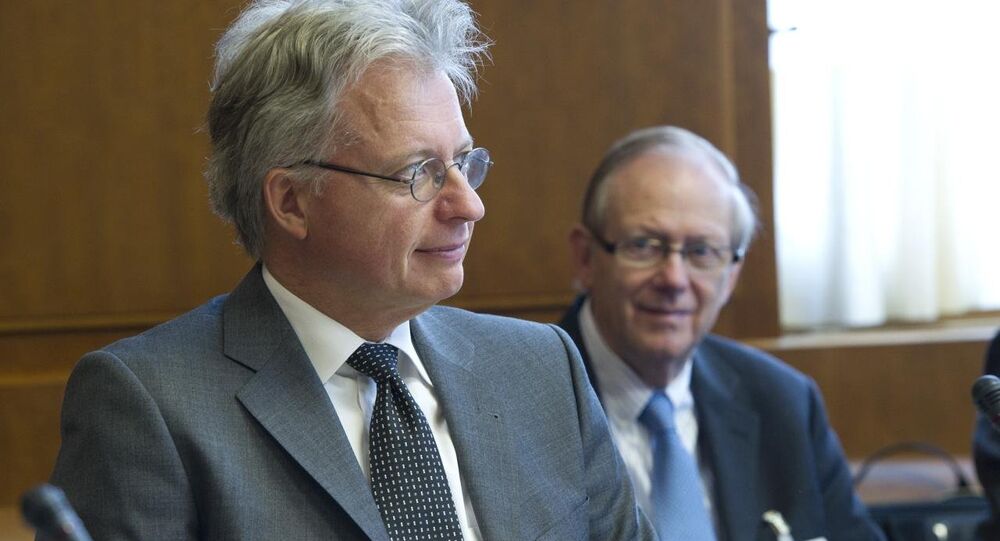 Germany’s ambassador to NATO Hans Dieter Lucas is pushing back against remarks made by the presumed Republican presidential nominee, Donald Trump, after the latter repeatedly criticized Germany for accepting migrants, as well as for not doing enough to challenge Russia.

© AFP 2021 / PAUL J. RICHARDS
Trump is Right and Clinton is Wrong: Americans Tired of Being World Police
Trump has also accused Berlin of relying on the United States for protection, instead of taking responsibility to defend themselves, an allegation which Lucas has refuted.

“We protect everybody and we don’t get reimbursement,” Trump said during a September 2015 press conference, specifically naming Germany.

Lucas is currently in Washington DC to discuss the upcoming NATO summit in Warsaw.

© AP Photo / Seth Perlman
BuzzFeed Ends $1.3M Ad Deal With Republicans Over Trump Remarks
In a statement to reporters in which he did not name Trump, Lucas pointed to German troops deployed to Afghanistan and Kosovo, Berlin’s deplomatic engagement in the Ukraine crisis, and Germany’s addition of 5,000 troops to the NATO force, ForeignPolicy.org reported.

“Germany is heavily engaged in all NATO missions,” Lucas observed. “Engaged like probably not many others.”

Currently, US allies in Eastern Europe are pushing for more promises of protection from perceived “Russian aggression” by the United States, leading to a battle between lawmakers, many of whom feel the US spends too much money defending Europe.

The issue has also become a talking point for Trump, who has been repeating the phrase “America First” by way of branding his platform.