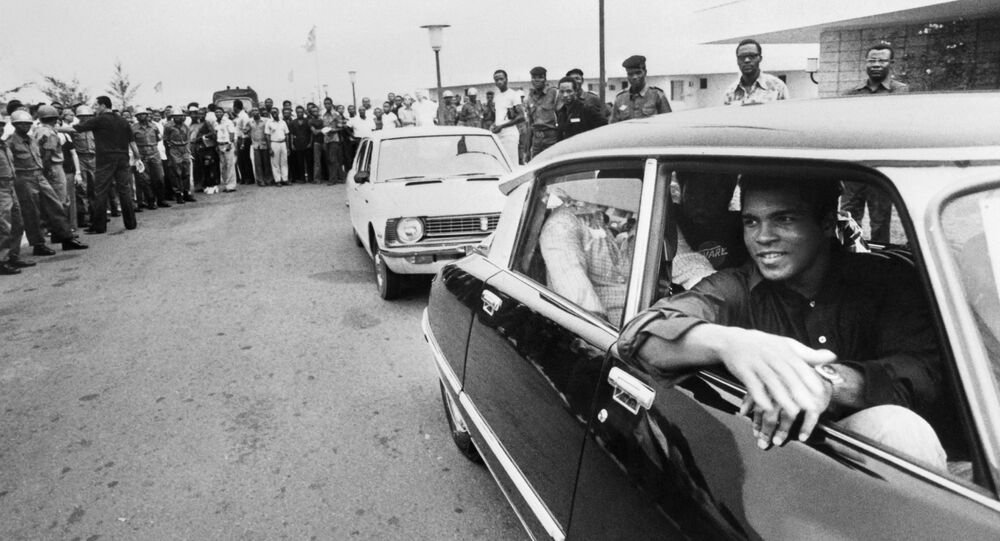 Presidents, Foreign Dignitaries Will All Bid Farewell to ‘The Greatest’

A former American president, several foreign heads of state, prominent entertainers, clergy members of various denominations and even royalty are slated to speak at the memorial service for boxing icon Muhammad Ali on Friday.

The service will be held at 2:00pm at the KFC Yum center in Ali’s hometown of Louisville, Kentucky. President Bill Clinton, Turkish President Recep Tayyip Erdogan, the current king of Jordan Abdullah II, and comedian Billy Crystal are scheduled to speak. Former boxing champion Lennox Lewis and actor Will Smith, who portrayed Ali in a 2001 biopic about the outspoken fighter will serve as pallbearers along with six others.

On Thursday, there will be an Islamic prayer service and family funeral at Louisville’s Freedom Hall, the site of Ali’s 1961 bout with Willi Besmanoff. The service will be conducted by Imam Zaid Shakir.

"This was really designed and intended by the Champ himself to be his last statement to the people of planet Earth." said Timothy Gianotti, a scholar of Islamic studies, "The love and the reverence and inclusivity that we are going to experience over the coming days is really a reflection of his message."

Ali family spokesman Bob Gunnell declared, "He was the people’s champ and so he wanted that memorial service to reflect that."

Born Cassius Marcellus Clay Jr., in January, 1942, Ali started boxing at age 12, and earned the nickname, "The Louisville Lip," for his quick wit and flamboyant fighting style. Clay changed his name to Muhammad Ali in 1960 after joining the Nation of Islam, where he was friends with minister and activist Malcolm X.

Ali was stripped of his world heavyweight title and castigated in the press for his vocal anti-war stance and refusal to enter the draft of the Vietnam War.

"Why should they ask me to put on a uniform and go ten thousand miles from home and drop bombs and bullets on brown people in Vietnam while so-called Negro people in Louisville are treated like dogs and denied simple human rights?" he famously asked.

"No, I am not going ten thousand miles from home to help murder and burn another poor nation simply to continue the domination of white slave masters of the darker people the world over. This is the day when such evils must come to an end."

© AP Photo
Muhammad Ali: In His Own Words
15

Ali was diagnosed with Parkinson’s disease in 1984, and was hospitalized for complications related to the disease. His family ended life support on Friday.

His daughter Laila Ali, who also became a boxing champion, told the Today Show, "Well, we’re sad. I personally have been sad for a long time. My father’s been struggling with Parkinson’s disease for many years. It wasn’t easy to watch him suffer, so knowing that he’s not suffering any more is what gives me comfort."

She added,"I know he’s in a better place now. He’s talking again and moving again and doing all the things he couldn’t do in his body."