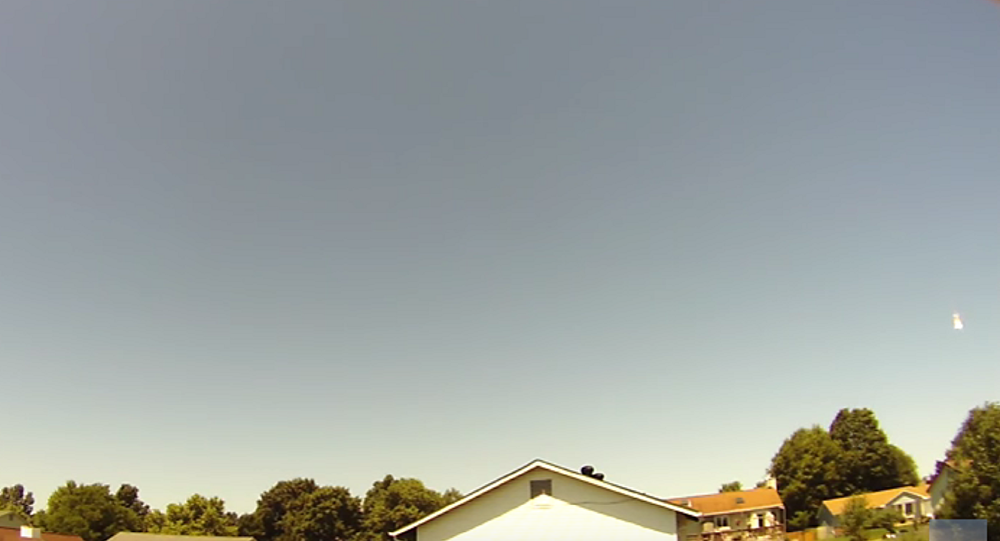 Stunning footage posted online captured what appears to be a fireball or meteor falling from the sky and burning up over St. Louis late Monday morning.

YouTube/SecureTeam10
Are We Alone? ISS Video Shows ‘Fireball-Like UFO Streaking Through Space’
As of Tuesday afternoon, some 236 people had contacted the American Meteor Society (AMS) to report sightings of the fireball in Illinois, Missouri, Indiana, Iowa, Kansas, Kentucky, Arkansas, Michigan, Tennessee, South Dakota, and Ohio. It was described as a flash falling from the sky that then disappeared over the horizon.

“It looked like one of the more expensive fireworks shooting down instead of up. I could have sworn it landed in the field I was driving by!” one report from Illinois described on the society site.

Tom Stolze, a storm chaser, and owner of the website Ofallonweather.org, captured stunning video of the event on his outdoor camera in O’Fallon, Missouri.

An AMS user named Larry P., from New Athens, Illinois, posted, “I was flying at 2300 feet (about 1800 feet above ground level). Saw a bright but very small flash of light in my 10 o'clock position with a fairly short gray trail above it. I believe it may have been a fragment of the fireball others reported seeing. The object I saw seemed very close, perhaps only 50 feet from my plane.”

Portland Police
Portland Police Dashcam Captures Huge Fireball Over Maine (VIDEO)
According to the AMS, the fireball was a bright meteor called a bolide.

"A bolide is a special type of fireball which explodes in a bright terminal flash at its end, often with visible fragmentation,” the website explains. “Several thousand meteors of fireball magnitude occur in the Earth’s atmosphere each day. The vast majority of these, however, occur over the oceans and uninhabited regions, and a good many are masked by daylight. Those that occur at night also stand little chance of being detected due to the relatively low numbers of persons out to notice them.”

"Additionally, the brighter the fireball, the more rare is the event."

Fireball Spotted in the Sky Over Thailand

Fireball and Firestorm – Eyewitnesses of Plane Crash in Taiwan