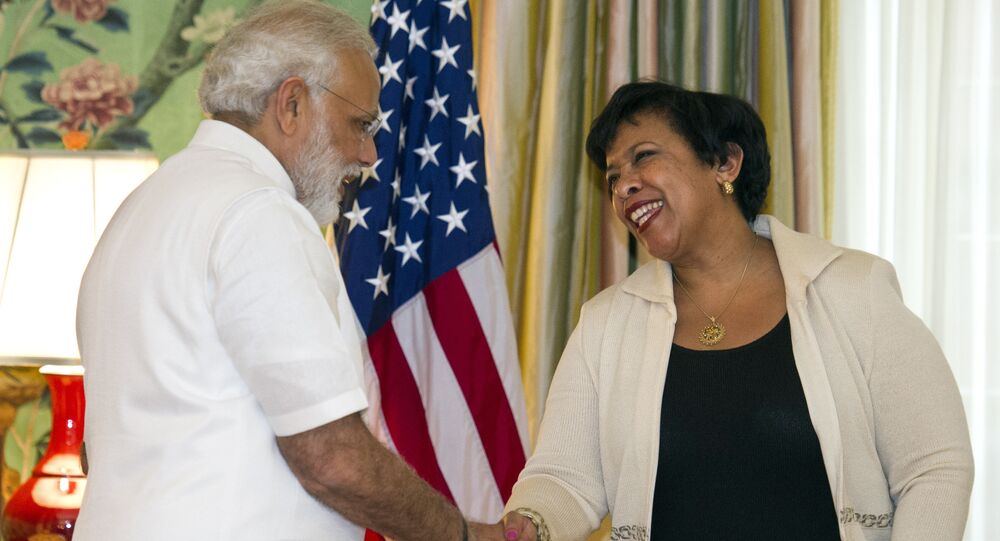 US Returns 200 Artifacts Worth $100 Million to India

On Monday, more than 200 stolen cultural artifacts were returned to India in a ceremony held at the Blair House during an official visit of India’s Prime Minister Narendra Modi to the US.

The items returned to India included religious statues, bronzes and terra-cotta pieces, some dating back 2,000 years, plundered from some of India's most treasured religious sites.

Here are pictures of some of the artefacts. pic.twitter.com/Q4PWMOee2X

© Sputnik / Ramil Sitdikov
Never Too Late: US Gives Back Historic Documents Stolen From Russia
Speaking in Hindi at the Repatriation Cultural Property to India, Modi said that in the last two years various countries have endeavored to return India's stolen cultural heritage.

A focus on heritage & culture…I thank the US government for the return of precious cultural artefacts to India. pic.twitter.com/9mxjtEU527

​The artifacts included a statue of Saint Manikkavichavakar, a Hindu mystic and poet from the Chola period, around 850 AD to 1250 AD, which was stolen from the Sivan Temple in Chennai and is valued at $1.5 million. The collection of repatriated items also had a 1,000-year-old bronze sculpture of the Hindu god Ganesha.

Sputnik
Under the Sky: Moscow to Exhibit Medieval Relics at Open-Air Museum
The majority of the pieces were seized during the US Operation Hidden Idol that began in 2007 after federal investigators received a tip about a suspicious shipment of "marble garden table sets." The operation resulted in the arrest of six people and the recovery of antiquities worth more than $100 million, an official statement said.

"It is my hope and the hope of the American people that this repatriation will serve as a sign of our great respect for India's culture, our deep admiration for its people, and our sincere appreciation for the ties between our nations," said US Attorney General Loretta Lynch.