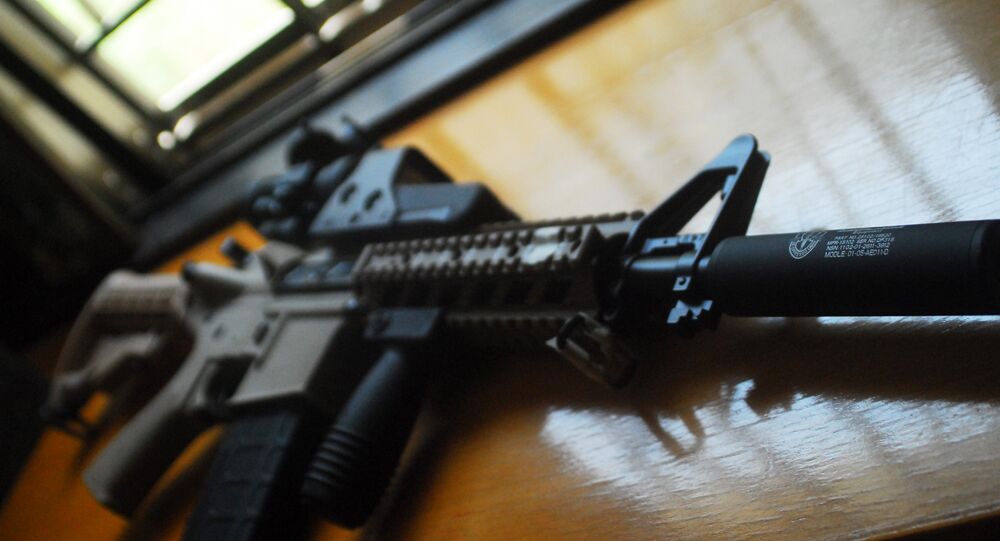 America is in a national arms race with itself, with May 2016 the 13th month in a row to break guns sale records, according to FBI statistics.

© AP Photo / Seth Perlman
Some US Teachers Should Have Guns in Classrooms - Trump
Some 1,870,000 firearms-related background checks are estimated to have been completed in the US last month, setting a record for the month of May. In comparison, May 2015 saw 300,000 less checks. In 2008, the number of background gun checks in May was half that of this year.

The figures decreased slightly, compared to April, but annual statistics reveal the decline to be conditioned by season, as the summer is traditionally slow for American arms market.

The FBI processes its checks through the National Instant Criminal Background Check System (NICS), to determine if a person preparing to buy a gun has a criminal record.

NICS ratings are used to as a barometer for gun purchase levels in the country, but actual figures are generally accepted as being much higher, as some states do not require background checks for private purchase.

“Based on varying state laws and purchase scenarios, a one-to-one correlation cannot be made between a firearm background check and a firearm sale,” the FBI reports.

“There is no doubt that the string of record monthly gun sales have been driven by the anti-rights agenda of the Obama Administration and the millions of dollars that Michael Bloomberg has spent assaulting the Second Amendment,” Alan Gottlieb, founder of the Second Amendment Foundation, claimed.

Gottlieb asserted that gun-sale records will continue to be broken, as fearful “Americans vote to support Second Amendment rights right through Election Day.”