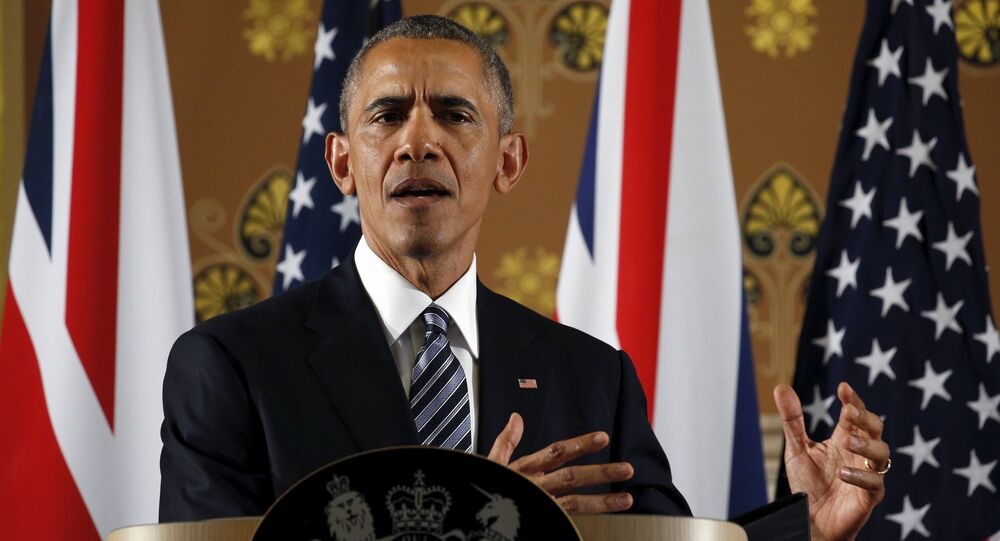 Following clashes between supporters and opposers of Donald Trump at the San Jose rally, US President Barack Obama spoke against violent expressions of one's view, saying "that’s not what our democracy is about."

MOSCOW (Sputnik) –  has warned against violent expressions during the presidential campaign, particularly against supporters of billionaire Donald Trump.

The US president stressed that peaceful demonstrations have more power than violent acts.

"Because I believe if you’ve got the better argument, then you don’t need to do that [be violent]. Just go out there and organize and persuade," Obama said.

© AFP 2020 / PAUL J. RICHARDS
Trump is Right and Clinton is Wrong: Americans Tired of Being World Police
On Thursday, supporters of presumptive Republican presidential nominee Donald Trump were attacked by anti-Trump protesters in the Californian city of San Jose, where Trump held a rally within the framework of his election campaign.

In the course of his campaign, the Republican frontrunner has been widely criticized for his controversial statements, including in relation to immigrants, Mexicans, Muslims, and women.

The United States is expected to elect its new president in November.