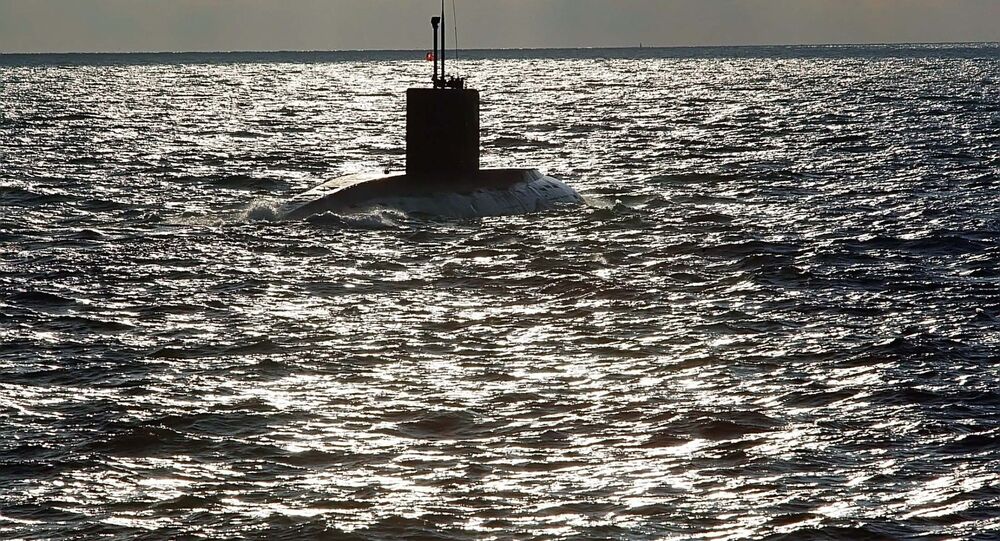 US Admiral Warns of Phantom Russian Sub Patrols in Atlantic

As the US and NATO continue to assemble the largest military presence in Eastern Europe since the end of the Cold War, a US Navy admiral has gone on a promotional campaign, warning of an “advanced Russian submarine force” stalking the waters of the Atlantic.

In October 2014, authorities in Sweden claimed that a grainy photograph appeared to show a Russian submarine patrolling the Swedish coast. After much fanfare and handwringing, the claims were debunked.

"It was not a submarine," Ola Truedsson, commander of the naval division of Sweden’s armed forces said in a statement released in 2015. "We are doing this to clarify what was perceived to be a submarine in a photograph, but what we know with certainty was a civilian working ship."

Notwithstanding the sober judgment of the Swedish commander, Russian submarine paranoia appears to have spread to the United States. In an article for Proceedings Magazine, US Vice Adm. James Foggo III claimed that Moscow has increased its sub presence in the Atlantic Ocean, in an effort to study America’s submersible capabilities.

"Once again, an effective, skilled, and technologically advanced Russian submarine force is challenging us," he declared.

"Russian submarines are prowling the Atlantic, testing our defenses, confronting our command of the seas, and preparing the complex underwater battlespace to give them an edge in any future conflict."

For Foggo, this is proof that Moscow’s primary interest is in militarily threatening the West.

"Not only have Russia’s actions and capabilities increased in alarming and confrontational ways, its national-security policy is aimed at challenging the United States and its NATO allies and partners."

In particular, the naval spokesman is concerned with the Russian Navy’s superior stealth capabilities.

"These are the platforms that are the most challenging for us to deal with because of their inherent stealth," he said.

The admiral’s concerns coincide with Pentagon operations near Russian waters. In April, two Russian Su-24s were forced to respond to the USS Donald Cook as it sailed through the Baltic Sea.

The Pentagon criticized this encounter as "unsafe and unprofessional."

While the US military considers itself a bearer of peace, free to operate anywhere in the world, Foggo describes Russia’s submarine force as an "arc of steel" that threatens global stability.

"Combined with extensive and frequent submarine patrols throughout the North Atlantic and the Norwegian Sea, and forward-deployed forces in Syria, Russia has the capability to hold nearly all NATO maritime forces at risk," he wrote.