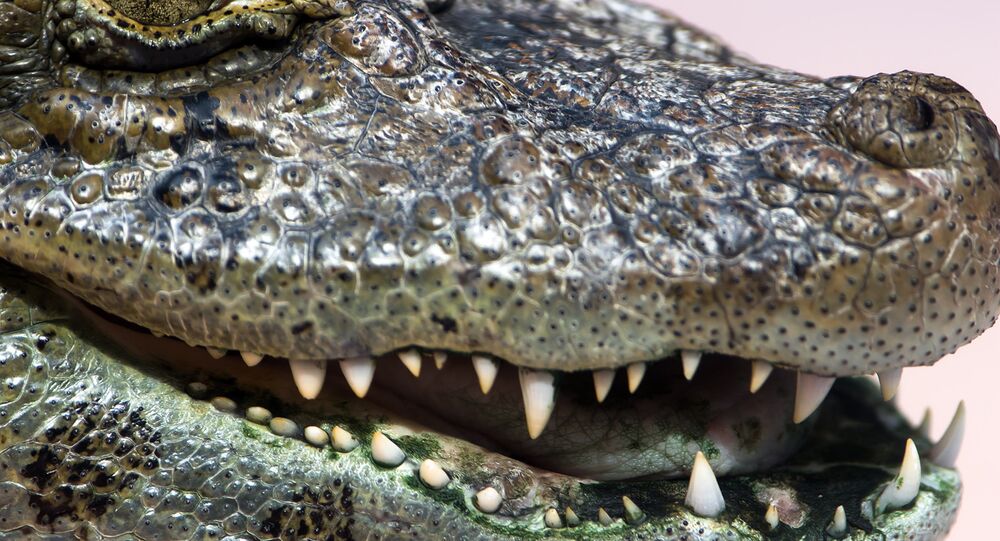 Watch Out! Another Massive Alligator Takes a Stroll Across a Golf Course

Alligators apparently have a thing for golf courses, judging by the fact that a second massive ‘gator has been caught on camera strolling the green, in the same week another video of a large lizard posted online went viral.

In a video from a Georgia golf course at the Savannah Harbor, a mammoth alligator is seen walking around the first green.

© Flickr / Bob Franks
WATCH: Elk Charges at Woman Ignoring the Rules in Yellowstone
Austin Swanger, who shot and posted the video on Tuesday, told local station WSAV that the enormous ‘gator is a regular, but usually hangs out between holes 2 and 11.

In a similar video, taken at the Buffalo Creek Golf Club in Florida this week, another fearfully large ‘gator is seen casually crossing the green, headed for the lake.

Alligators, despite their intimidating appearance, are not likely to chase a human for a long distance on dry land or attack at all, as they prefer smaller prey which they can devour quickly. Large reptiles are patient hunters who prefer an easy meal, and will generally abandon anything that puts up a fight.

An alligator’s diet consists mainly of c­rawfish, small snakes and turtles, and they do not pose much of a threat to pets, under normal circumstances.