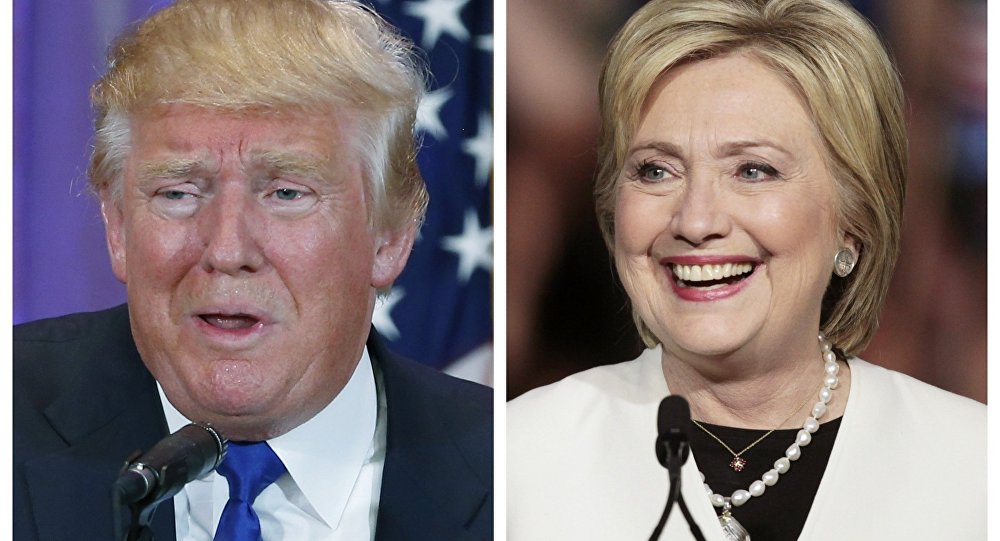 "A slight majority of Americans choose Trump as better able to handle the economy (53 percent) and jobs (52 percent), a press release accompanying the poll said on Thursday.

© REUTERS / David Becker/Nancy Wiechec/Files
Clinton vs Trump: Americans Left to Pick 'Lesser of Two Evils'
Trump also edged out Clinton by a 50 percent to 46 percent margin on the third most important issue, the war on terror.

However, Clinton is viewed by voters as best able to manage education and health care, the poll noted.

The Gallup organization approached its survey by ranking issues first and then asking voters which candidate would do a better job.

On the next most important topics, education and health care, voters had more confidence in Clinton, with 61percent and 56 percent, respectively, choosing the former secretary of state as the best candidate.

The slim margins reflected a number of national polls that have attempted to predict the outcome were the election held today, with the result too close to call.