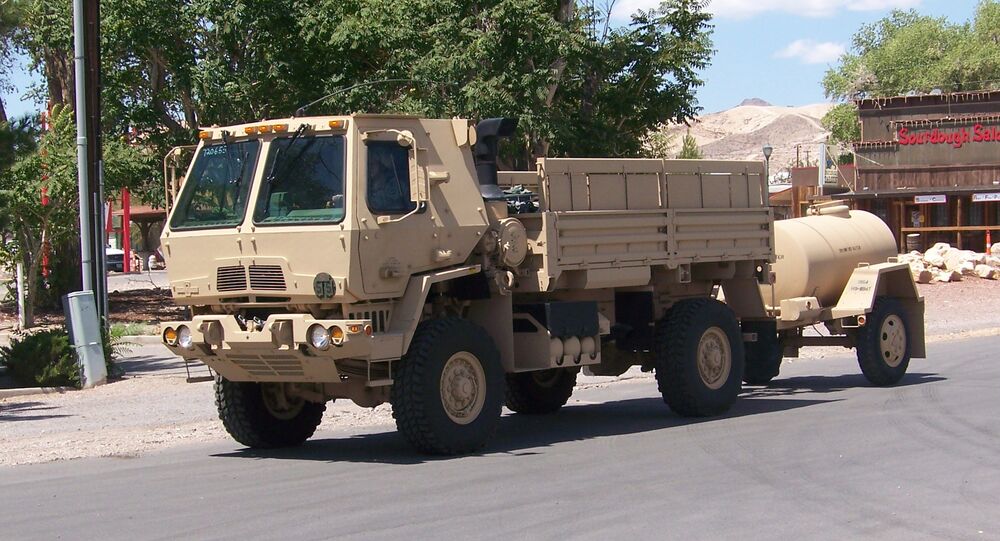 Several US Soldiers Killed After Truck Accident in Texas

Military officials at Fort Hood, Texas report that three soldiers have been killed after a US Army truck overturned by a flood creek. Six additional soldiers are missing.

The truck involved was a Light Medium Tactical Vehicle.

Earlier on Thursday, a Thunderbird F-16 US Air Force jet crashed into a field in Colorado following a flyover over an Air Force Academy graduation event at which President Barack Obama was in attendance. The pilot ejected safely. Only an hour later, a US Navy Blue Angels jet crashed shortly after takeoff in Tennessee, killing the pilot.

Texas has been dealing with massive flooding and torrential rainfall for nearly a month. Six people died along the Brazos River over the weekend following four days of heavy rain.