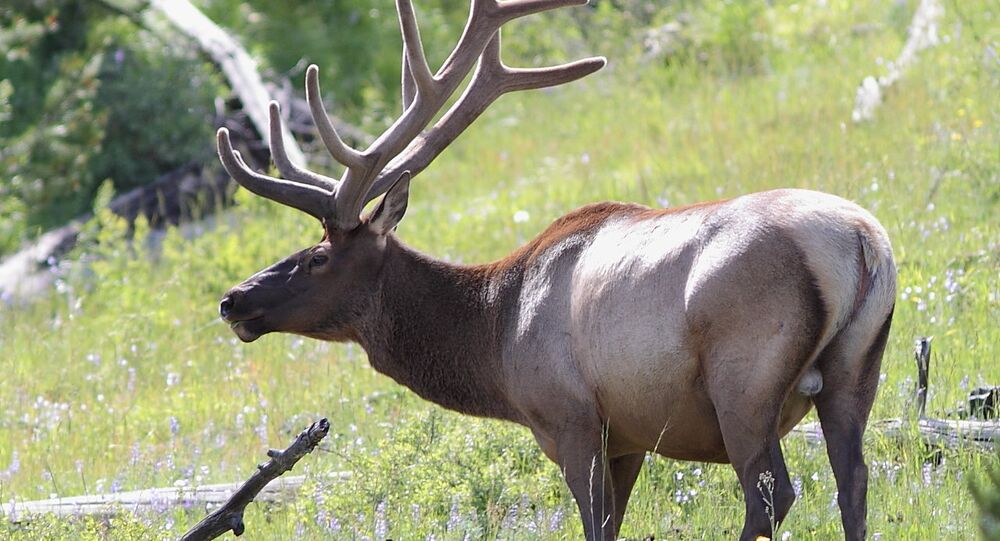 A visitor to Yellowstone received a scare when she was charged by an elk after she failed to abide by park rules concerning respect for wildlife.

Yellowstone National Park, as with all US parklands, has clearly-posted rules stating that tourists must stay 25 yards from large animals and 100 yards from bears and wolves, but these simple guidelines are often ignored by cocky humans.

Jody Tibbitts, who has been a Yellowstone guide for 25 years, posted a video online of the unthinking tourist’s encounter with the elk. Tibbitts told the East Idaho News that he was giving the family a tour when the woman approached the animal.

"She was practically stomping up to it," he said. "I'd say she was probably 25 feet away from the elk, as opposed to the 25 yards."

Tibbitts warned the woman to back away, just as the elk charged her. The animal stopped short of contact, but the woman’s surprise and fear caused her to trip and fall.

“I was just going to tell you you're too close to that elk—and that's why," Tibbitts can be heard saying.

In May, the park had to euthanize a baby bison calf after tourists picked it up, separating it from its herd, and placed it in their SUV. The tourists brought the animal to the rangers, explaining that they thought it was cold.

The rangers attempted to reintegrate the calf to the herd, but their efforts failed, and the animal kept attempting to climb into cars along the road. Eventually, it was euthanized.

“In recent weeks, visitors in the park have been engaging in inappropriate, dangerous, and illegal behavior with wildlife," said a park statement following the incident.

Riddle Me This? People Debate the Nature of Enigmatic Cute Animal