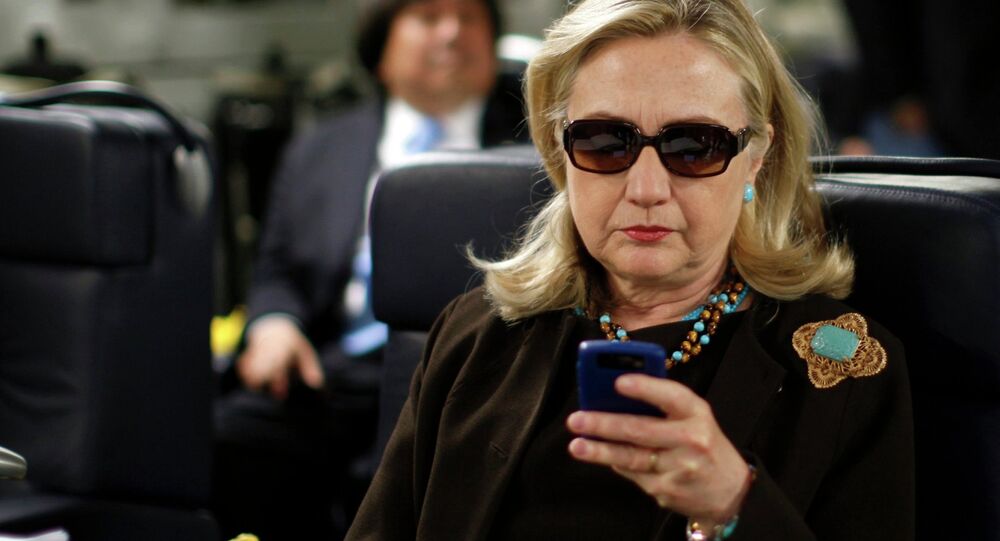 On Wednesday, President Barack Obama reiterated that the intervention in Libya was probably the worst mistake of his presidency. Nevertheless, for one reason or another, the president again failed to mention who the architect of that operation was. Hint: She's running for president.

In an interview for PBS NewsHour on Wednesday, asked about the one thing he would go back and change if given the chance, Obama said that in foreign policy, it would be the disastrous intervention in Libya.

"I've said this before," the president said. "We decided to go in as part of a broader coalition, into Libya, to make sure that this guy Gaddafi, who had been state-sponsoring terrorism, did not go in and start slaughtering his own people."

"We succeeded and probably saved tens of thousands of lives," Obama suggested. "But I did a little too much of counting on other countries to then stabilize and help support government formation. And now it's kind of a mess," the president sheepishly added.

© REUTERS / Lucas Jackson
Hillary's Secrets: What Was Hidden in Clinton's Emails
The 'mess' Obama was referring to is contemporary Libya, which has effectively been split into several territories controlled by warring tribal groups, and where the Islamic State (Daesh) terrorist group and other jihadists have taken advantage of the chaos to get a foothold in the region.

The somewhat candid comments follow on Obama's admission to Fox News and The Atlantic magazine this past April that the 2011 intervention in Libya, which has since resulted in the deaths of up to 25,000 people, and displaced hundreds of thousands more, was the "worst mistake" of his presidency.

Nevertheless, in neither interview did the president mention that together with UN Ambassador Susan Rice and Joe Biden national security advisor Antony Blinken, former Secretary of State Hillary Clinton was one of the key architects of the Libyan intervention, lobbying hard on behalf of the anti-Gaddafi rebels even as Vice President Biden and Secretary of Defense Robert Gates voiced their concerns.

© REUTERS / Brian Snyder
If She Wins: These Three Clinton Decisions May Ruin US Foreign Policy
In the PBS NewsHour interview, the most his interviewers could get out of the president regarding Clinton was that she and fellow Democratic Party candidate Bernie Sanders were "good people" who "broadly share the goals that I have."

Nonetheless, as Vanity Fair contributor Tina Nguyen noted in April, following Obama's original admission, the president's words about Libya are problematic for Clinton, who cited Gaddafi's overthrow as one the top foreign policy accomplishments of her career. Clinton not only bragged about the Libyan leader's overthrow in 2011, with the now infamous line "We came, we saw, he died," but has even brought it up during the presidential campaign, describing it in October 2015 as "smart power at its best."

But now, almost two months following the president's original comments, facing continued primary pressure from Bernie Sanders, and from Donald Trump, who has been described as being less of a foreign policy hawk than she is, Obama's decision to bring up Libya again and again seems almost like a deliberate knock against Clinton, even if the president refuses to mention her directly.

Hillary's Secrets: What Was Hidden in Clinton's Emails