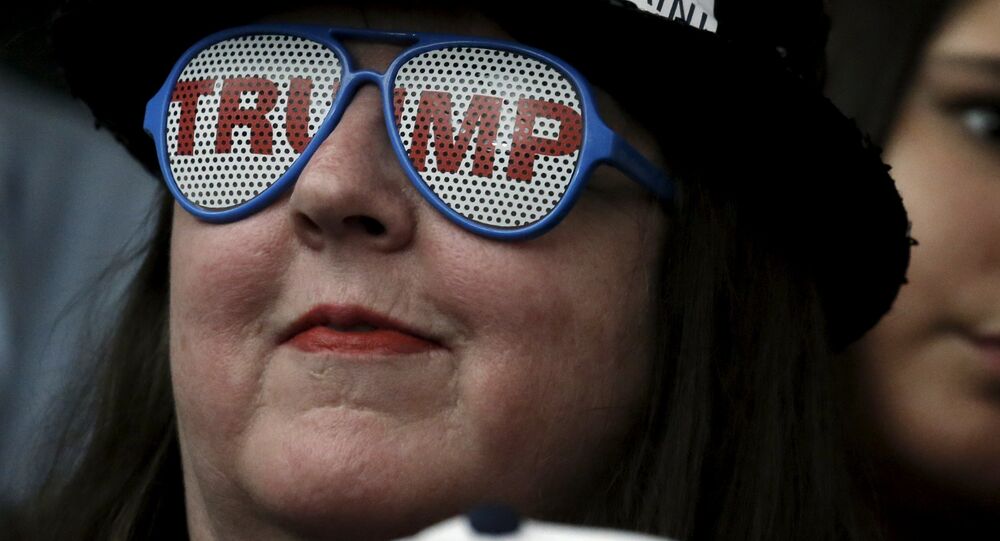 The creation of “safe spaces” on college campuses, where students are free to discuss issues without mockery or hostility, has become a punchline in many conservative circles, but now some Donald Trump supporters are creating safe spaces of their own.

Facebook/William Celli
California Cops Waited Weeks to Arrest Trump Supporter Accused of Violent Anti-Muslim Threats
Trump supporter Tracey Lindsey, of San Francisco, has been organizing safe spaces for the past few months, where supporters of the demagogue can discuss their feelings without being judged. She claims that she has been castigated for having a Trump sticker on her car, and that many supporters are afraid to express positive views of their candidate.

“We’ve had people, I don’t know if I can say this on the radio, say ‘f*ck you,'” Lindsey told radio station KALW. “They put dog poop in bags, next to the windshield wiper near the bumper sticker.”

Many are pointing out the irony of how easily offended people who support Trump are, all the while claiming that the reason they love Trump is his lack of sensitivity when declaiming truths that may cause offense.

“I kind of feel all alone, as a matter a fact,” Trump supporter Mark Barnes admitted to KALW.

“I’m more independent and conservative and I’m my own person,” he asserted. “That’s one of the things I like about Trump. I see myself in him, to be willing to say things, maybe be provocative.”

Perhaps there is something to “safe spaces,” though hypocrisy and sweet irony appears to be lost on the anti-politically-correct Trump supporters who hold their candidate’s offensive speech in such high regard.

“I am this American who pays my taxes, but I’m afraid to have a Trump sticker. I’m afraid to say my name,” a woman who called herself Rachel told the station.