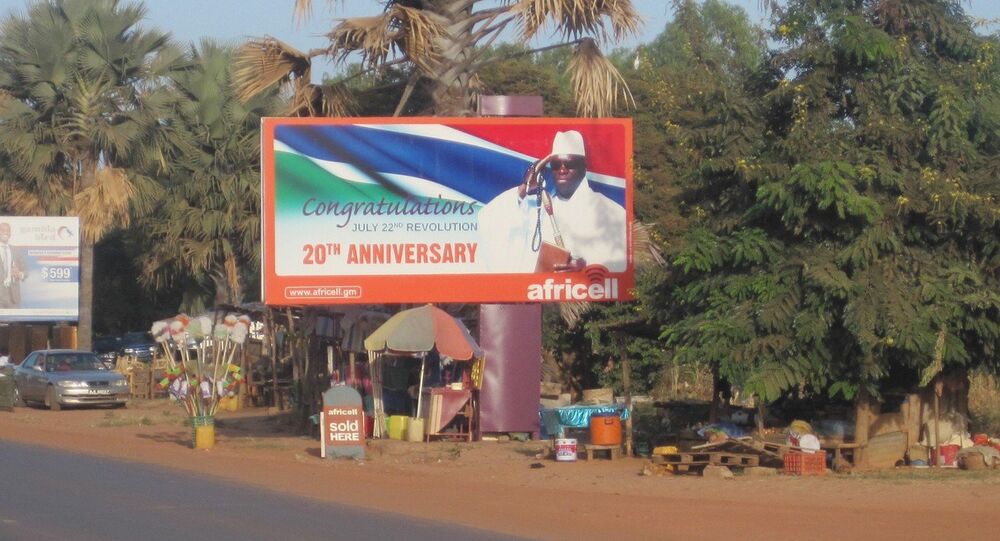 State Department: US Unable to Confirm if American Citizen Beaten in Gambia

The United States can confirm that American citizen Fanta Darboe Jawara was arrested in Gambia, but does not know if the protester was beaten while in police custody, US Department of State spokesperson John Kirby told reporters.

© AP Photo / Sunday Alamba, FILE
Gambia President Declares Country Islamic Republic
WASHINGTON (Sputnik) — "I do know that she was part of the protest activity [in The Gambia]," Kirby stated in a press briefing on Wednesday. "I don’t know of the validity of reports of her being beaten."

US consular officers, Kirby noted, will provide all possible assistance to Jawara, who was arrested on April 16 in the capital city of Banjul.

Without speaking to Jawara’s specific case, he added, the United States is concerned by the Gambian government’s severe response to recent protests, including using excessive force, arbitrary detentions and engaging in acts that led to the death of a protest organizer.

Gambia has been plagued by anti-government protests since mid-April and brutal police crackdowns, according to local media.