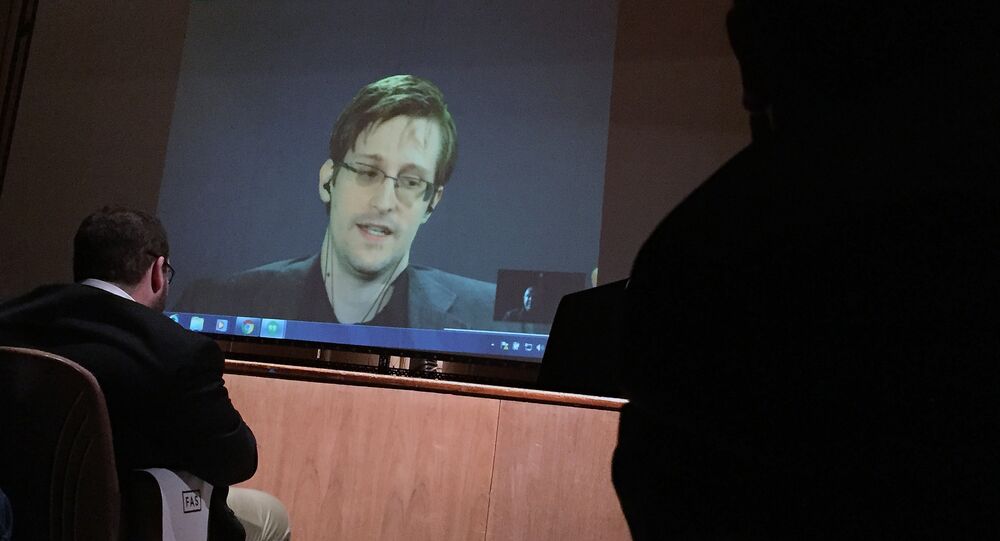 © AFP 2021 / Yoshikazu TSUNO
Leak Scandal: Japan, Panama Agree to Share Data on Offshore Companies
MOSCOW (Sputnik) – When asked if Obama agreed with Holder’s assessment, Earnest told reporters that "the president has had the opportunity to speak on this a number of times", and that "a careful review of his public comments would indicate that he does not"

The documents leaked by Snowden, former National Security Agency (NSA) contractor, fostered public debate and changes the United States has made to surveillance practices in the aftermath, Holder told the CNN broadcaster’s podcast Monday. He served in the Obama administration when the whistleblower shared 1.7 million NSA documents with the US and British press in 2013.

"I would point out that even Mr. Holder pointed out in that interview that ‘he’s broken the law, in my view’," Earnest said at the daily briefing, adding that Snowden should face due process in the United States.

© Sputnik / Khaled Al-Khatib
Committee to Protect Journalists Condemns Leak of Data on Reporters in Ukraine
It was revealed last week that the Pentagon’s former assistant inspector general, John Crane, broke silence and formally filed charges with the Office of Special Counsel, claiming that officials high in the inspector general’s office targeted and retaliated against whistleblowers, tampered with audits and destroyed records.

Snowden is wanted in the United States on charges of espionage and theft of government property, which could see him sent to jail for 30 years.

After fleeing initially to Hong Kong, the former NSA contractor became stranded at a Moscow airport for a month before Russia granted him one-year asylum. In August 2014, the activist received a three-year residence permit in Russia.

Snowden: US Should Reconsider System of Protection for Whistleblowers