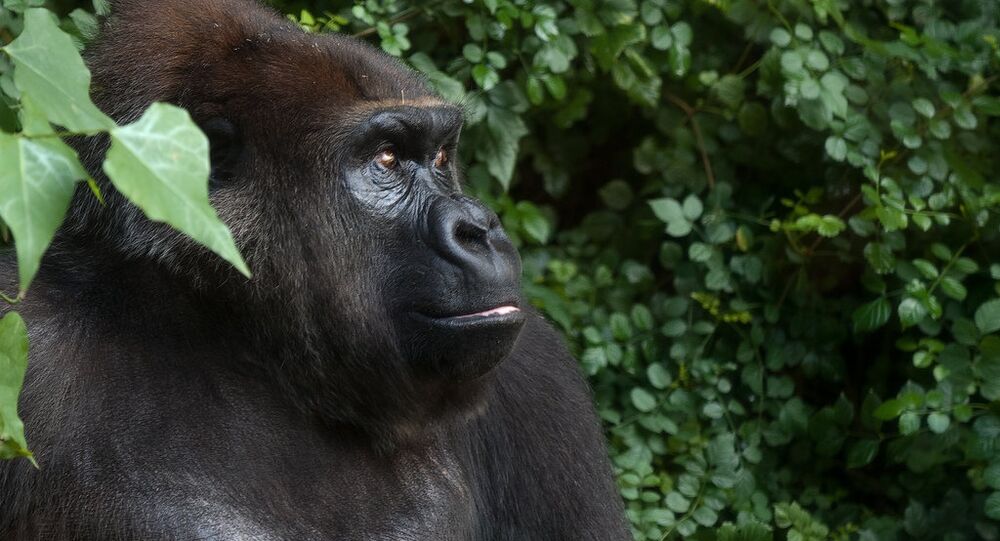 A 4-year-old boy got into a gorilla enclosure at the Cincinnati Zoo Botanical Garden, Ohio, on Saturday. A gorilla that grabbed the child and dragged him for around 10 minutes was killed.

YouTube/cat4555
Raging Gorilla Tries to Attack Zoo Visitor
The child reportedly crawled under the railing of the Gorilla World exhibit, made it through wired fencing, over the wall, and fell into the moat on the caged territory.

A western lowland gorilla named Harambe, that just turned 17 years old on Friday, picked the boy up and dragged him around for about ten minutes, according to fire officials at the scene.

Although the boy wasn't attacked, it was a dangerous situation for him, therefore specialists decided not to use tranquilizers. If the drug didn't take effect immediately, the gorilla could have become agitated and harmed the boy further.

The Dangerous Animal Response Team shot and killed the 400-pound animal after it was determined the boy's life could be at risk.

"The right choice was made, it was a difficult choice," said zoo director Thane Maynard. "We have protocols and procedures. We do drills with our Dangerous Animal Response Team. But we've never had a situation like this at the Cincinnati Zoo, where a Dangerous Animal needed to be dispatched in an emergency situation".

The boy was rescued and taken to the Cincinnati Children's Hospital with no life-threatening injuries.

A similar incident, although with a different ending, took place in 1996 at Brookfield Zoo in Illinois.

In August of that year, an 8-years-old gorilla Binti Jua saved a 3-year-old-boy who fell into the ape pit. The child lay unconscious for a while until the animal lifted him up and carefully took him to the barrier where he was handed over to the rescuers.