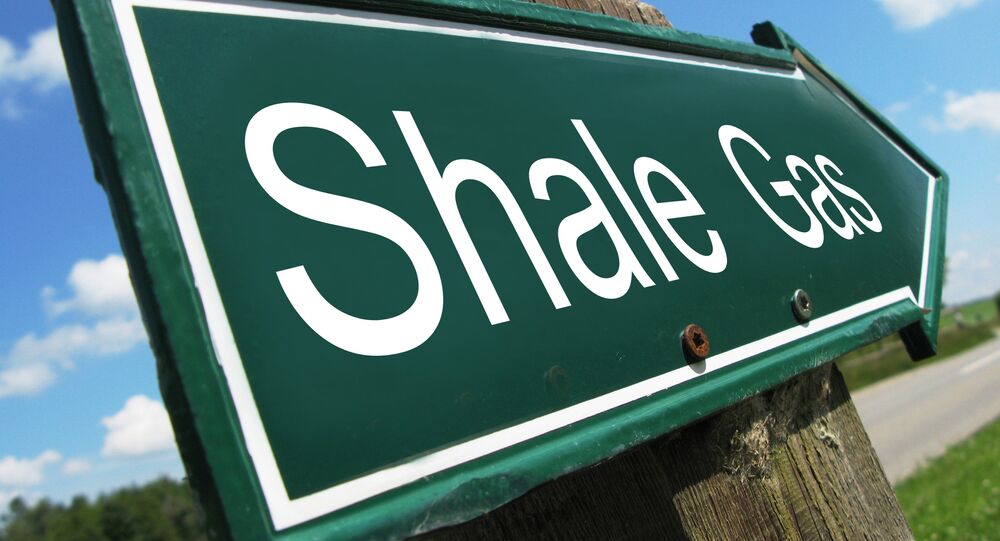 US is Delusional Regarding Cheap Shale Gas - Expert

The US shale industry is dwindling, although authorities continue to sugarcoat reports on shale gas output with unfeasible promises, according to an online media outlet OilPrice, which focuses on power economy.

© AFP 2021 / ALEXANDER KLEIN / FILE
Oil Prices Likely in Mid-$30s-$40s Per Barrel After OPEC Meet - Economic Institute Head
Believing that "shale gas is simultaneously cheap, abundant and profitable thus defying all rules of business and economics" is nothing but "magical thinking", according to Arthur Berman, an expert on US shale plays and a consultant for several E&P companies and capital groups in the energy sector.

US media is spreading optimistic prognoses regarding a new era of liquefied export that will change the balance of geopolitical power around the globe and "make America great again". However, the truth is shale gas production is collapsing due to low prices on fuel, and companies are undergoing substantial difficulties, Berman wrote in his piece for OilPrice.

Shale gas is currently a key element in America's gas industry, for natural fuel production is at a low ebb. Meanwhile, financial metrics of companies engaged in exploration and production of shale gas, including the world's biggest producer Chesapeake Energy, have been strikingly low in the first quarter of the year.

© Flickr / alex.ch
OPEC Losing Influence Amid Slumping Prices, Shale Oil Glut
According to a forecast by the US Energy Information Administration (EIA), the volume of shale gas output will magically increase from almost 40 Bcfd in 2016 to almost 70 Bcfd by 2030 at $5 gas prices.

However, considering dropping gas prices, which "have exposed the delusion" of such magical thinking, the future of US producers doesn't seem all rosy, the columnist said. Companies like Barnett and Fayetteville that were expected to prosper for a lengthy period, are practically "dead" in the current circumstances.

Investments in the shale industry may continue, but most of the funds will likely be used to restore financial balance, the article reads. It is quite possible, Berman wrote, that shale gas prices will rise in the future, but by that time the folly of shale gas export will already be obvious.

First Shipment of US Shale Gas en Route to Europe