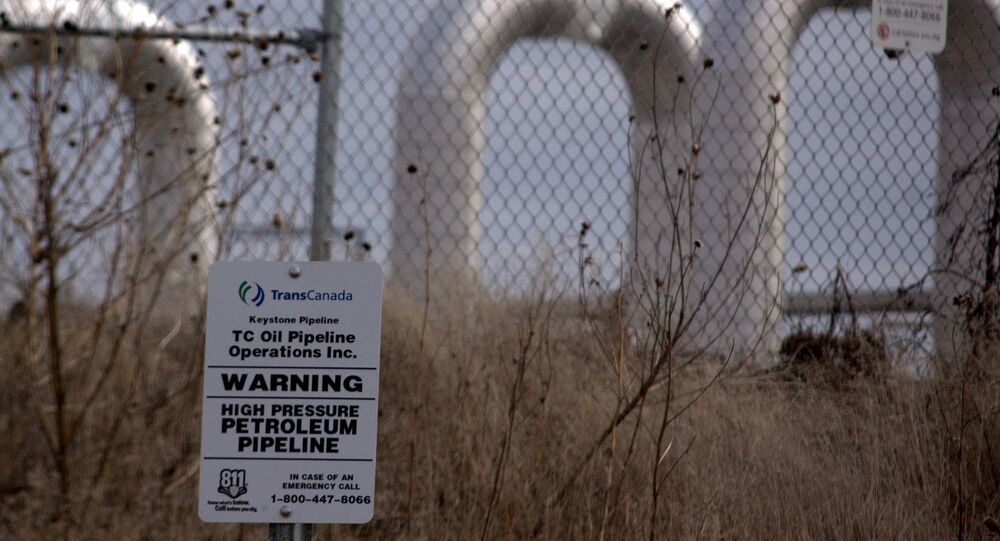 Presumptive Republican presidential candidate Donald Trump said during a press conference on Thursday he would approve building the Keystone XL Pipeline and seek percentage from the profits - if he is elected to be the next US president.

WASHINGTON (Sputnik) — The proposed 1,179-mile Keystone XL pipeline would link the oil sands region in the Canadian province of Alberta to the US state of Nebraska, and all the way down to the oil refineries on the Gulf of Mexico coast.

"I would absolutely approve it; 100 percent. But, I want a better deal," Trump told reported in the US state of North Dakota. "I’m gonna say, folks, we’re gonna let you build the pipeline, but give us a piece."

Eminent domain refers to the right of the government to claim land from private owners supposedly for public use or benefit.

"That’s how we’re going to make our country rich again, just one way out of thousands… [and] make America great again."

In February, President Obama vetoed a bill to allow the construction of the pipeline.

Obama claimed the pipeline would increase emissions of greenhouse gases that are believed responsible for global warming. In doing so, the US president rejected conclusions by the Department of State that the Keystone XL project would lower emissions when compared with alternate methods of transportation.

Why Russian Companies Should Steer Clear of Expanding in Kurdistan

Keystone Case Against US Delayed as Court Considers Move to Dismiss