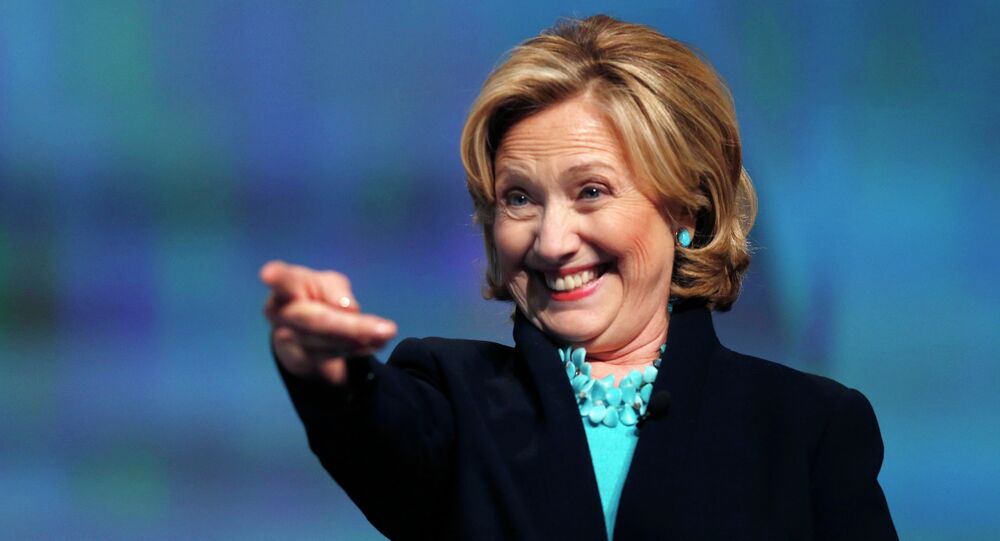 The hilarious discovery that the model used in a new ad supporting Democratic presidential candidate Hillary Clinton is also the spokesman for syphilis prevention in Portland has taken Reddit by storm.

© Flickr / Amanda Richards
Blinding Cases of Syphilis Hit US West Coast
In November 2015, the Centers for Disease Control and Prevention reported that the Portland metro area ranks fifth nationwide in the number of cases per capita of syphilis. An ad to raise public awareness of the risks of the sexually-transmitted infection featured a bearded hipster in a white t-shirt glowering into the camera, letting the public know that their region is number one for coffee, number one for fitness, and number five for contacting syphilis, a disease spread primarily by sexual activity.

Now, the new ad, pushing the hashtag “#ManEnough4Hillary” features the same model, in the precise same pose, making the same smoldering eye-contact, but revealing his armful of tattoos.

“I am man enough to vote for a woman… are you?” the attractive hipster asks.

Reddit exploded upon the realization, with people declaring: “I'M WITH SYPHILLARYS” and “Syphilis is OK but imagine being the face of Hillary, he should sue.”

Clinton isn’t the first candidate to be associated with STDs.

© AP Photo / Patrick Semansky
'Brazen': Rigged Democratic Primaries Alienate Sanders Supporters
In April, billboards popped up in Los Angeles with the words: “Feel the Burn?” In an obvious play on the Bernie Sanders campaign slogan "Feel the Bern," the ad was cleverly intended to raise public awareness about sexually-transmitted disease, offering the website:“freestdcheck.org,” and is hosted by the AIDS Healthcare Foundation.

“Senator Sanders’ powerful message resonates with a lot of Americans, particularly young people,” said Jason Farmer, senior director of creative at AIDS Healthcare Foundation, in a statement. “We hope that our lighthearted—but highly important—billboard campaign for STD testing will as well.”

Clinton’s campaign later told online publication Jezebel that the #ManEnough4Hillary ad is "not an ad from the campaign."

Nonetheless, as Daily Wire reporter Ben Shapiro wrote: “Hillary, like syphilis, is the gift that keeps on giving.”