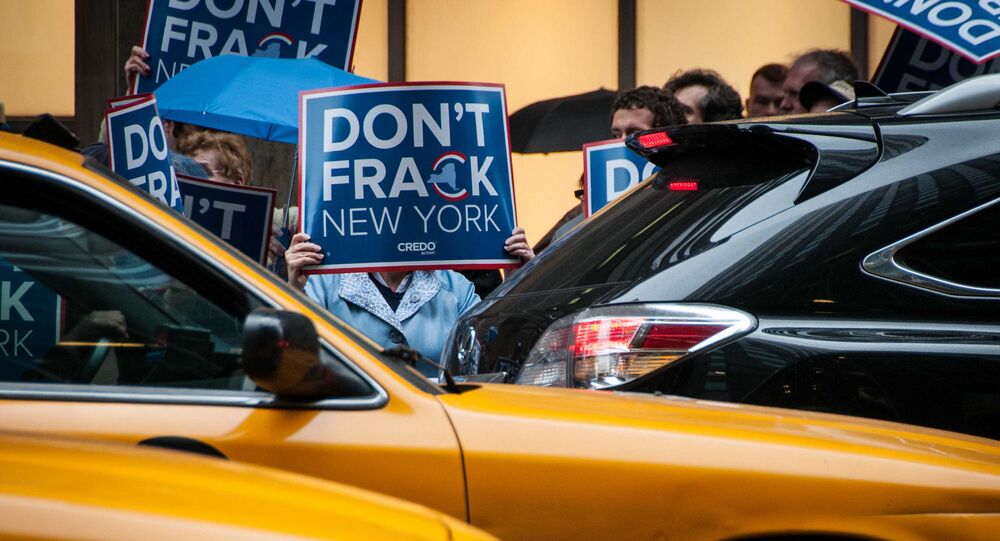 19 people were arrested on charges of disorderly conduct, obstructing vehicle traffic during anti-fracking protest in the US state of New York, according to a spokesperson for Schuyler County Sheriff’s Office.

The protest was organized by the anti-fracking group We Are Seneca Lake in defiance of a May 16 decision by the US Federal Emergency Regulatory Commission (FERC) to grant a permit to the Crestwood energy company allowing it to expand its natural gas storage facility in salt caverns next to Senaca Lake, New York.

"FERC has enabled Crestwood to continue to pollute, risk calamity to water, air, and land, and deepen New York’s dependency on fossil fuels," the group said in a press release prior to the protest.

© AP Photo / Alastair Grant
Pennsylvania Town Opposes Fracking, Says Civil Disobedience a Human Right
Crestwood is currently under investigation by the US Environmental Protection Agency (EPA) after a pipeline managed by the energy company leaked one million gallons of brine in ravines in North Dakota.

In June 2015, New York State banned hydraulic fracturing. The ban does not apply to the creation of additional storage facilities or pipelines.

There have been at least 585 arrests defending the region from fracked gas storage expansion in the state, according to We Are Seneca Lake.