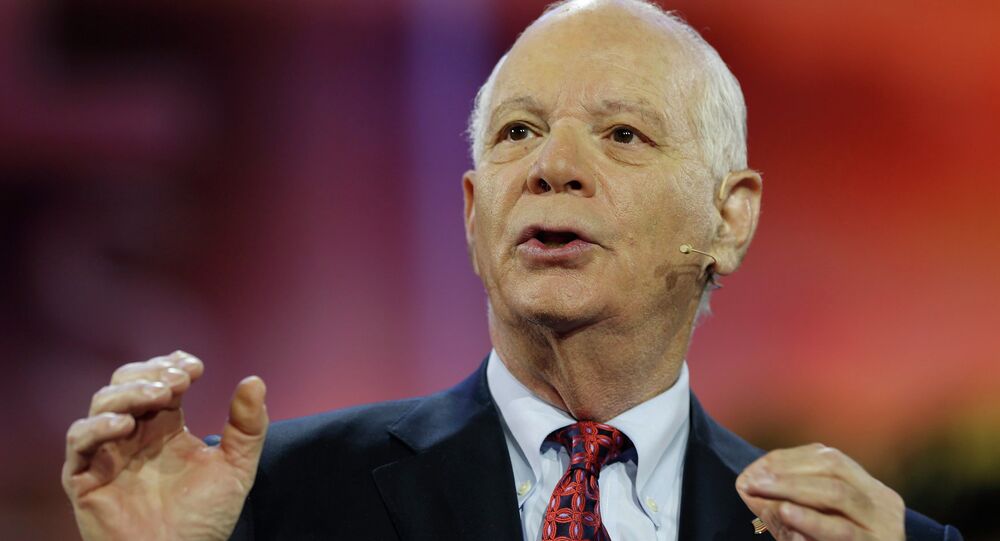 US Senator Ben Cardin said that protocols should be put in place to ensure US companies are not selling technology to repressive foreign governments who can monitor or suppress their populations.

US Loses Leverage to Push Human Rights With Arms Sales to Vietnam - Congressman
WASHINGTON (Sputnik) – Protocols should be put in place to ensure US companies are not selling technology to repressive foreign governments who can monitor or suppress their populations, US Senator Ben Cardin said during a Senate hearing on cybersecurity norms on Wednesday.

"I would hope that you [at the State Department] use the same sensitivities we use for military arms… for internet technology, so that we are not wrapped up in the view that… technology developed in the United States must be immediately made available globally, when it can be used by repressive regimes to trample on the human rights of its citizens," Cardin stated.

The State Department’s Cyber Coordinator, Christopher M. E. Painter, assured Cardin the United States is concerned about the proliferation of US-produced technology that can be used by repressive regimes "to monitor their citizens" or used to attack the United States.

However, Cardin argued that US-based technology companies should be prepared to adhere to human rights protocols, "and not just yield to the unreasonable demands of repressive regimes."

US surveillance and tracking technology solutions comprise a multi-billion dollar per year industry with customers worldwide.

Washington has been coordinating the approach to export controls on cyber technologies through the Wassenaar group of 41 nations, including Russia. The Wassenaar group originally convened to establish norms in the export of dual-use goods.