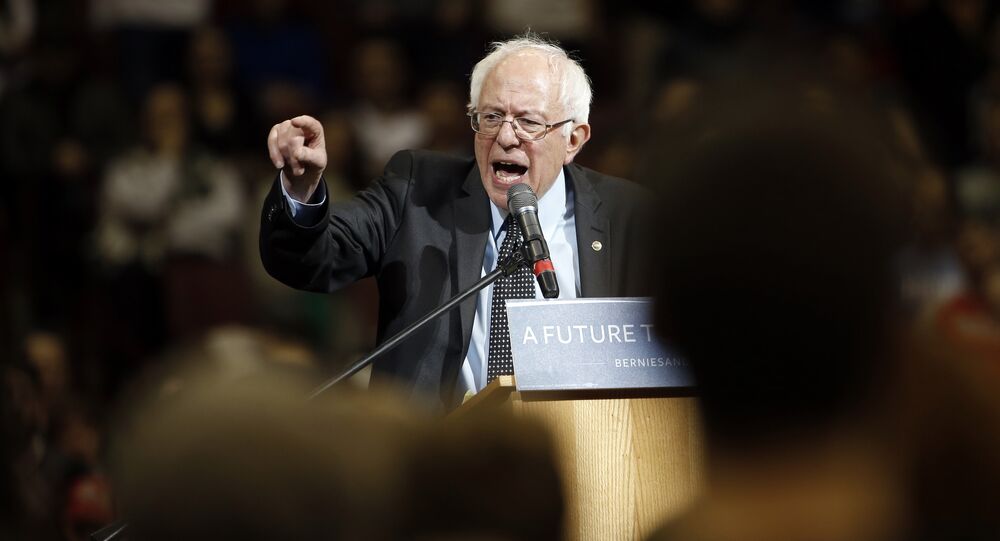 “It is our job to make the powerful frightened of us,” stated Chris Hedges, author and Pulitzer Prize winning journalist to an auditorium packed with hundreds of people at the John Jay College of Criminal Justice at The City University of New York over the weekend.

“That is what movements do. Movements keep power in check, and as any good anarchist will tell you, power is always the problem, no matter who holds it,” he continued.

© Sputnik / Kava Rostamkhani
‘March Against Monsanto’ Activists Rally in Cities Around the World (Video)
He was speaking at 12th annual Left Forum conference, the largest annual gathering of leftists in North America, being held this weekend in New York City. This year’s forum adopted the theme, "Rage, Rebellion and Revolution,” reflecting topics that included police brutality, movement building, and how to galvanize the spirit behind the Bernie Sanders campaign to go beyond the election.

“The cost of running the primaries is paid for by the taxpayers,” Hedges said. “And yet, the primary rules are determined by the Democratic Party, so that they can manipulate a system as they did in Nevada, to steal the vote.”

He concluded that Sanders would have won the nomination if independents weren’t excluded from the process, and super PAC’s and super delegates weren’t so domineering of the outcome. He even went so far as to say that there is “palpable evidence that democracy within the United States is a fraud.”

Other activists, authors and thinkers offered their reflections on the current state of American political affairs as well.

© Sputnik / Pavel Gerasimov
Huge May Day Rally in Havana Defends Latin America’s Leftist Governments
“Very glad to be here especially at this time because though we’re talking about the presidential candidates, Senator Clinton and Donald Trump, what has really been exciting, watching what is going on from afar in the United States, has been these huge mobilizations of young people,” said Tariq Ali, an editor of The New Left Review, at the opening plenary on Friday.

Keeanga-Yamahtta Taylor, an activist involved with the Black Lives Matter Movement and Assistant Professor of African American Studies at Princeton University, said, “Police are an invasive species that are unleashed by the capitalist class to maintain social control… and to maintain the disorder that is this society.”

Meanwhile, Kshama Sawant, who sits on the Seattle City Council member and is a member of the Socialist Alternative, stated, “Obama may have similar skin color to me and Keeanga but he’s not on our side because he’s not of our class, he’s not fighting for us.”

Other prominent speakers included Amy Goodman of Democracy Now!, Slavoj Žižek, a Slovenian philosopher, and Dr. Jill Stein, presidential candidate for the Green Party, among many others.

Sanders Supporters to End Up Backing Clinton in US Presidential Race