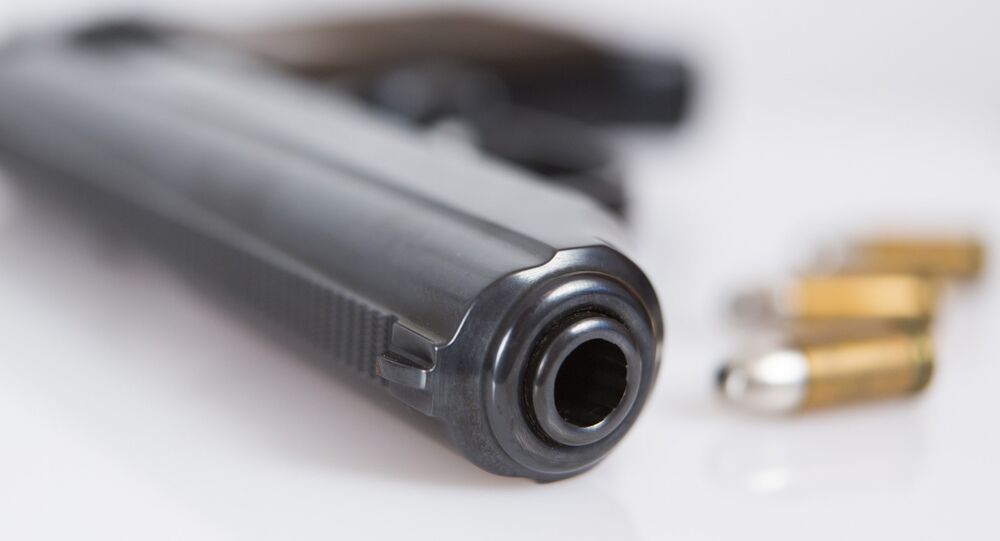 "That idea isn’t just way out there, it’s dangerous. This is someone running to be president of the United States of America, a country facing a gun-violence epidemic, and he’s talking about more guns in our schools," Clinton said Saturay as quoted by The Wall Street Journal.

© REUTERS / Steve Dipaola
Mass Shootings Became Tragic Routine in US - Obama on Oregon Murders
Earlier this week, the leading gun rights advocate in the United States, the National Rifle Association (NRA), endorsed Trump, who has become the presumptive Republican presidential nominee after the withdrawal of his opponents.

Trump has frequently talked on the campaign trail about protecting gun rights, and has proposed eliminating gun-free zones at schools and on military bases.

Calls for greater gun controls to curb the growing number of mass shootings across the United States have faced fierce opposition from advocates of the Second Amendment to the US Constitution, which guarantees the right to keep and bear arms.