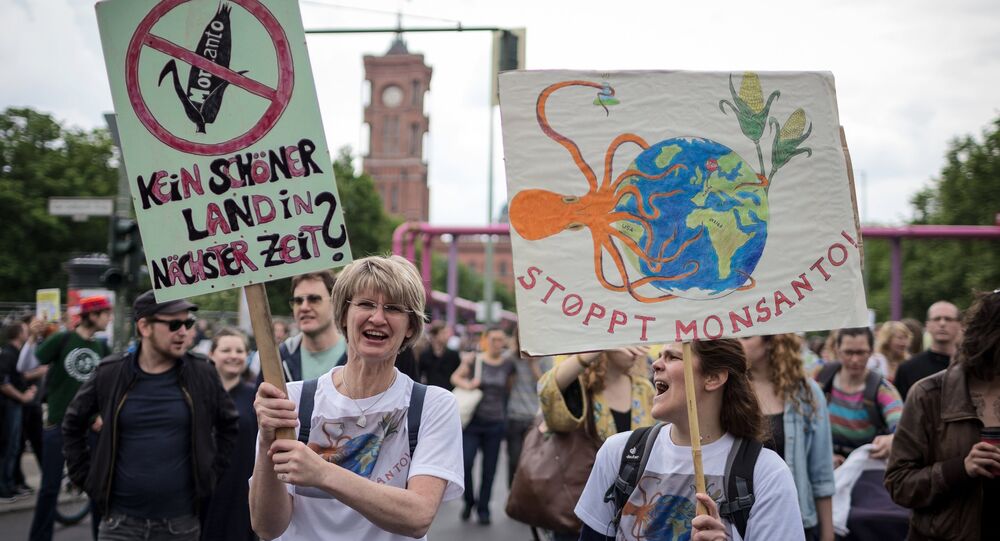 ‘March Against Monsanto’ Activists Rally in Cities Around the World (Video)

Hundreds of thousands of anti-GMO activists took the streets in hundreds of cities around the world calling for bans on genetically modified food.

Sputnik is in New York following the action where hundreds of protesters have gathered to rally against the mega-company. Catch live video below.

The worldwide protests' coordinator, the March Against Monsanto (MAM) group, claimed on its website that 500 cities are holding peaceful demonstrations today.

The movement leaders also object to Monsanto’s close ties to the US government which they say often ties foreign aid to various countries — such as El Salvador, Ukraine, and Haiti — to agricultural reforms that require farmers to plant Monsanto seeds.

Monsanto has also been battling the government of Argentina for years over Argentina’s fight against their efforts to collect royalties from farmers who replant soybean seeds from previous GMO crops.

Monsanto defended its practices in a statement sent to Sputnik.

"The 22,000 people of Monsanto are committed to having an open dialogue about food and agriculture – we’re proud of the work we do, and we’re eager for people to know more about us," the statement reads. "We’re also proud of our collaboration with farmers and partnering organizations that help make a more balanced meal accessible for everyone. Our goal is to help farmers do this in a more sustainable way using fewer resources and having a smaller impact on the environment. We know people have different points of view on these topics, and it’s important that they’re able to express and share them."