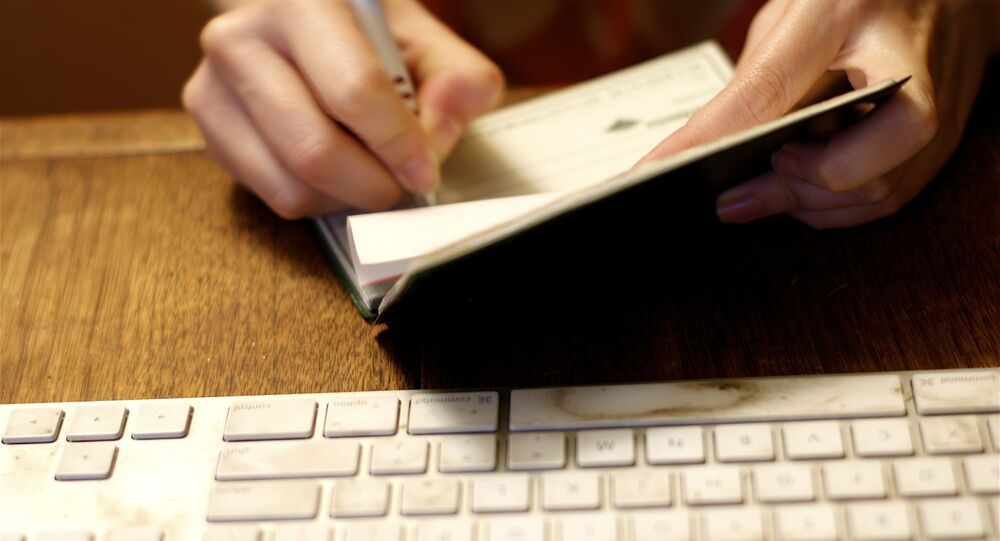 A new poll has revealed that six in ten Americans are teetering on the edge of financial ruin in case of a medical emergency or act of god, and only 23% expect to see any improvement in the near future.

© Sputnik / Valeriy Melnikov
US Income Gap Widening, Middle Class Vanishing, Economic Growth Threatened
The survey, conducted by the Associated Press-NORC Center for Public Affairs Research found that 57% of those polled describe the economy as “poor,” and only 22% believe that the economy has recovered from the financial crisis of 2008.

Additionally, only 28% of Americans have confidence that they would be able to find equal or better employment if they had to leave their current job.

"Even though there are signs that the economy has improved in recent years, a lot of people are not feeling that the recovery has reached them,” Trevor Tompson, director of The AP-NORC Center, said in a press release accompanying the poll. "There is evidence of optimism among the more affluent, but two-thirds of Americans would have trouble immediately paying an unanticipated bill of $1,000."

© Flickr / Hamed Parham
Ten Percent of Global Military Budget Would End World Poverty and Hunger
The poll found that those who earn higher incomes have a more positive view of the economy overall. Two-thirds of people with household incomes over $100,000 reported that they believe the economy is at least halfway back from recession, while half of those with incomes under $30,000 believe there has been little or no improvement.

Even the 66% of respondents who described their own finances as “good,” however, reported that their situation is still “precarious.”

“Seventy-five percent of people in households making less than $50,000 a year would have difficulty coming up with $1,000 to cover an unexpected bill. But when income rose to between $50,000 and $100,000, the difficulty decreased only modestly to 67 percent,” AP reported, while explaining that financial difficulties span all income levels.