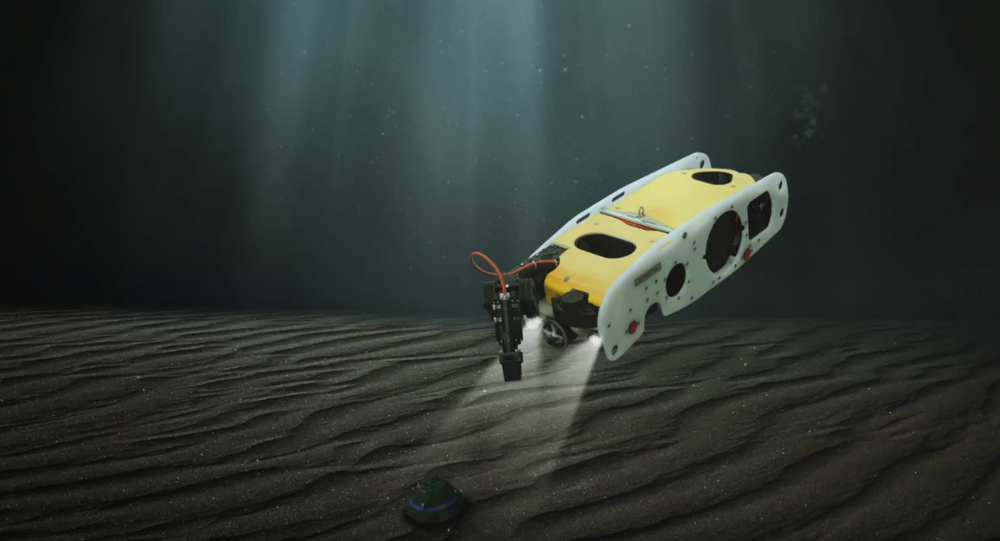 Underwater Mine Hunting Drone Starts Tests With US Agencies

Security agencies around the world use bomb disposal robots to keep humans out of harm’s way. Now the Pentagon is developing a submersible model that can dispose of underwater mines.

Modern militaries have a handful of options for dealing with underwater mines, each with its own set of problems. Minesweeping operations use a small trawler to drag a wire that can trip the explosives from a safe distance, but the process is slow, and the trawler is vulnerable to enemy fire. Mine hunting involves divers or remote controlled mini-subs, but this method is even slower and requires a large crew.

But the Pentagon may soon have a new tool for mine disposal. The Saab Waterborne Anti-IED Security Platform, or Sea Wasp, is a small, remote-controlled submersible purpose-built to eliminate the threat of underwater explosives.

"Sea Wasp is a hybrid of pre-existing Saab technologies that can now be applied to an urgent worldwide need," said Bert Johansson, sales director for Saab’s Underwater Systems division, according to UPI.

"Underwater EOD [explosive ordinance disposal] is a rapidly growing niche around the world, and Sea Wasp’s capabilities correspond to that niche."

Outfitted with its own sonar and electric arm, the drone weighs less than 200 pounds, light enough to be carried by two people.

"One of the reasons we selected Saab," Ed Bundy, of the Pentagon’s Combating Terrorism Technical Support Office, told Defense One, is "They were the only company that actually told us this was a really hard problem."

One of the reasons that previous mine hunting subs require such a large crew is because the vessels themselves must be fairly heavy to remain stable in unpredictable underwater currents. Developing a lightweight model that can remain stable has proven difficult.

The US Navy is currently testing a prototype, in the hopes that it will solve visibility issues at lower depths.

"Low visibility is a problem wherever the Navy EOD guys work," Bundy said.

"The US unmanned underwater vehicle market is very important for Saab,” said Jon Kaufmann, Vice President of Naval Programs with Saab North America, according to UPI.

"Our goal with Sea Wasp is to meet US national security needs with an underwater, anti-IED device that keeps EOD teams safe."