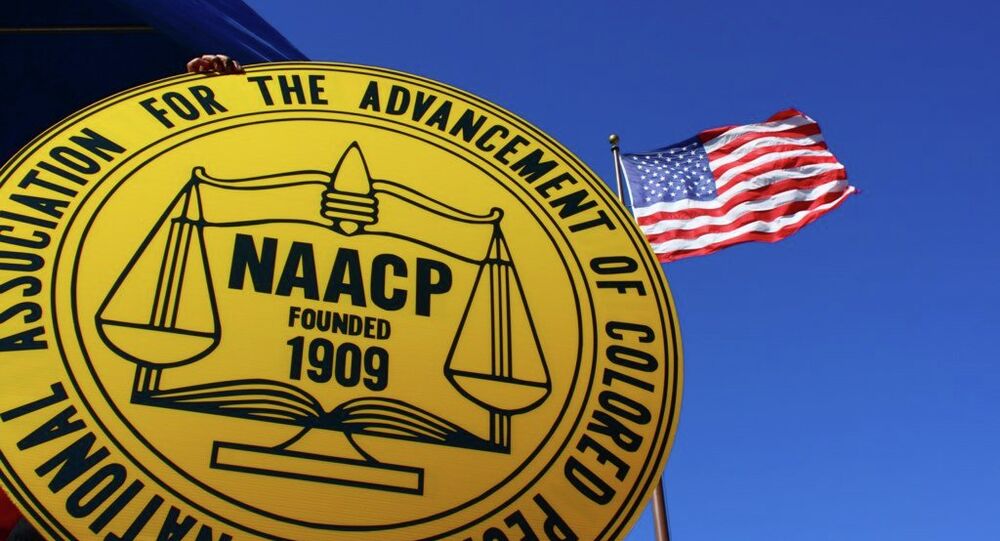 Attorneys for the legacy human-rights organization National Association for the Advancement of Colored People (NAACP) have filed a federal class-action lawsuit on behalf of the residents of Flint, Michigan, over the contamination of their drinking water.

© AP Photo / Carlos Osorio
Lawsuit: Flint Mayor Misused Funds Meant for Poisoned Water Crisis Relief
The suit names Governor Rick Snyder, as well as six former officials from the Michigan Department of Environmental Quality, three former emergency managers with the city, and two engineering firms that were hired to evaluate the water quality. The lawsuit alleges the defendants were negligent in detecting the problems or treating the water, in violation of the federal Safe Drinking Water Act.

“The people of Flint have been harmed through the failure of state officials to provide professional and accountable basic services mandated by federal law and expected by any person living in a major city,” said Cornell William Brooks, the national president and CEO of the NAACP.

“Our organization stands with the citizens of Flint to demand a clear timeline, deadline and price tag for fixing this crisis as well as effective remedies for the harms that have already occurred and complete compensation for each and every victim of this unimaginable tragedy.”

The complaint was officially filed on March 31, but was announced on Wednesday. The NAACP is seeking personal, property, and punitive damages for residents, and urges the court to compel the city to have their drinking water meet federal safety standards.

There are currently multiple lawsuits filed in relation to the water crisis, and to date three officials have been criminally charged for their roles in poisoning city residents.

Activists, residents and lawmakers have called for Governor Snyder to be removed from office and arrested, though the calls have so far been ignored.

The contamination of Flint’s water began in April 2014, when the city stopped receiving its supply from Detroit and shifted to water taken directly from the Flint River, a source known to have a high corrosive salt content. Corrosive salts in the water damaged the city pipes, which contain lead, causing the toxic nerve-damaging element to be released into the water.

In October 2015, the state changed the city’s drinking water source back from the polluted Flint River to the Detroit water system, but even filtered water remains unsafe for pregnant women and children under six years old.

For a period of at least six months, the EPA and Michigan officials were aware of the poisoning of Flint’s water, but did not tell the public or move to mitigate the crisis.