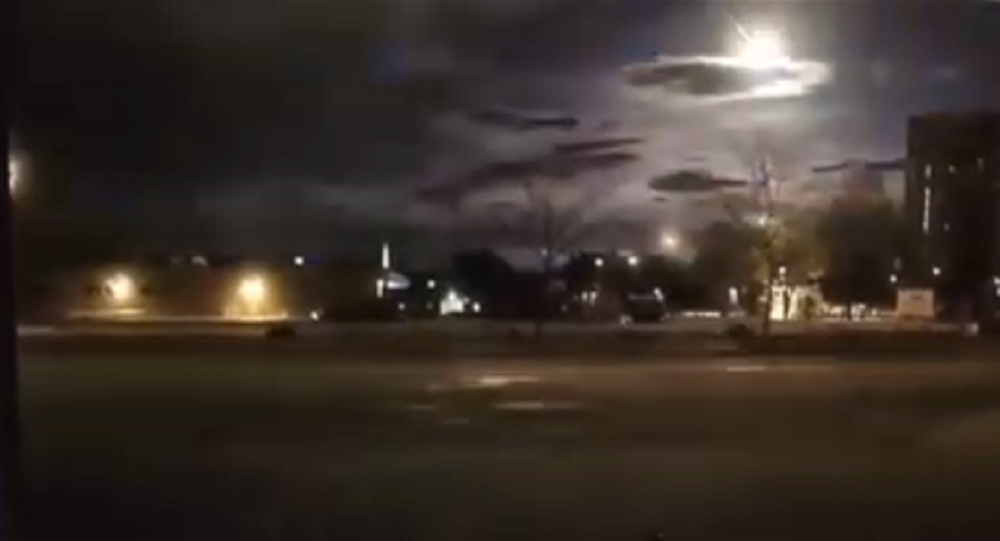 A bright meteor burning up in Earth’s atmosphere was captured on the dashcam of a Maine police officer while he was on early morning traffic patrol on Tuesday.

The footage was captured on the dashcam of Sergeant Tim Farris, just before 1:00 AM, and was shared on the department’s Facebook page in a post with the hashtag #StarWars:

“You never know what you are going to see on duty. Sgt. Farris was looking for speeders while parked in front of the central fire station and was able to observe some visitors ‘from away’….far away. The meteor (or alien spaceship) was caught on camera at approximately 0050 hours. Let's hope the visitors are friendly. They could just be some of Stephen King's friends on their way to visit him. Whom ever they are I'm sure we could win them over with a whoopie pie.”

The spectacular footage was reposted on the website of the American Meteor Society, pulling so much traffic that it crashed their website.

By dawn, some 225 sightings of the fireball were reported to the Meteor Society, all across the North East, from Canada to New Jersey, as quick-fingered witnesses managed to get cameras out quickly and posted their photos and videos on social media.

Another officer in Maine witnessed the meteor, but unfortunately it was just outside his dashcam’s field. The department posted the footage to Facebook anyways though, as it still lit up the sky.

“Anyone else catch tonight's ‪#‎Fireball‬? It certainly lit up the sky as the video from Officer Hendee shows. Unfortunately the fireball and large flame trail were just out of the camera's frame. It was the most impressive one we've ever seen!” the Cumberland Police posted.

Perseid Meteor Showers to Peak This Week, and It’ll Probably be Amazing