About 450 airline passengers were stranded at Chicago’s O’Hare International Airport Sunday night. Many had followed instructions to arrive at the airport two hours early for domestic flights, or three if flying internationally, but were not able to make it to their gates on time because of absurdly long security lines.

One frustrated flyer, Kevin Revis, told ABC 7 in Chicago that he "Got here two and a half hours before my flight and security took two to three (hours) to get through.”

Another traveler, Adnan Ahmed, said, "I'd never seen this before. Completely unexpected."

TSA cites federal cuts as being at the root of the problem, suggesting that less money means fewer security screeners, which causes longer wait times. The issue is exacerbated by a record number of air travelers.

American Airlines spokeswoman Leslie Scott expressed great frustration at the security lines, saying that more than 30 flights were delayed on Sunday alone, and that the airline will be hiring people to expedite the process.

Scott told a CBS affiliate in Chicago that “We will be hiring employees who will do non-security TSA functions; so, the people who tell you to take the liquids out of your bags, take your laptop out, (etc.)"

Chicago is not the only city dealing with frustratingly long security lines. Major airports in Atlanta, Denver and Alaska have reported striking increases in wait times for passengers.

The Port Authority of New York and New Jersey penned a letter to the TSA stating that "…the patience of the flying public has reached a breaking point…we can no longer tolerate the continuing inadequacy of TSA passenger screening services."

Deborah Ostreicher, assistant aviation director in Phoenix, Arizona, told the Associated Press that waiting times at the Phoenix Sky Harbor International Airport have made the city consider privatizing its airport security. Ostreicher said that a number of options were being discussed and that, "One of those options is to utilize a contractor to provide security as some other airports have done."

TSA administrator Peter Neffenger claimed that the beleaguered agency is attempting to alleviate the situation, but did not elaborate, other than to state that increased security personnel won’t necessarily be able to handle the increased number of travelers in the coming months.

"We're working very hard to dramatically improve our ability to move people through… training more people than we've ever trained before on a weekly basis… but the travel volumes that we're seeing are still going to make airports crowded at peak periods this summer,"  Neffenger said. 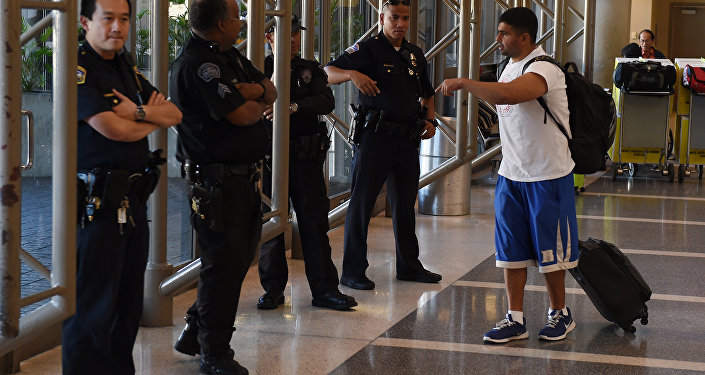 The agency, under Neffenger’s leadership since July 2015, is calling on Congress to streamline the hiring process for security personnel and approve overtime so that the job is more attractive to potential applicants.

Neffenger was brought on board one month after auditors found that they could smuggle fake weapons and explosives past TSA screeners 96% of the time.