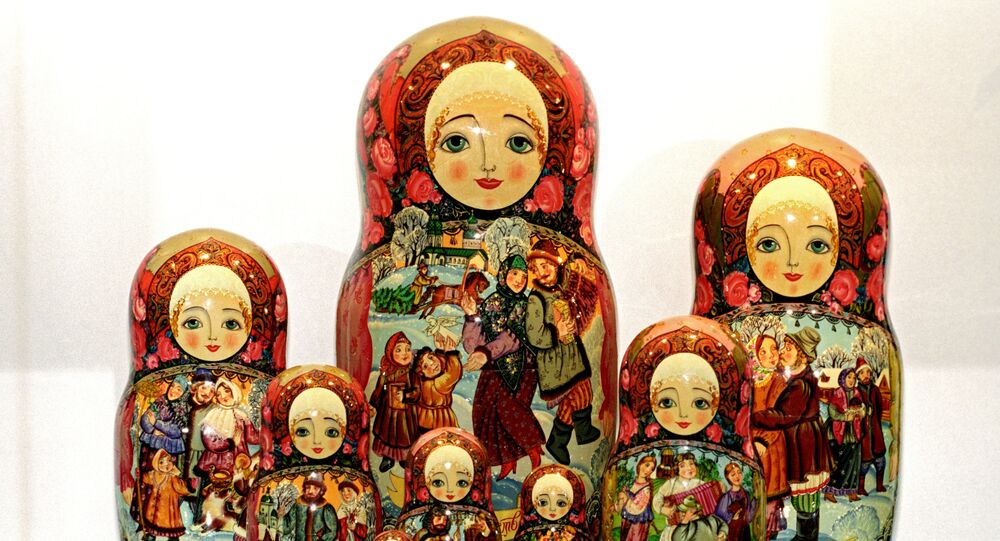 Doll Factor: How Russian Matryoshka Helped in the Study of the Universe

The “Russian doll cluster” model may help explain the nature of dark energy, dark matter and the rate at which the universe expands, according to a recent study by US and European scientists.

© NASA
Dark Matter Galaxy Discovered by ‘Cosmic Lens’
After studying more than 300 galaxy clusters scientists at NASA’s Chandra X-ray Observatory and the European Space Agency's Planck found out that since the X-ray emissions by the galaxy clusters are similar in structure and size, their relationship to one another is akin to that of the Russian nesting dolls.

By using the clusters as a point of reference, scientists are able to determine the rate at which they expanded.

“In this sense, galaxy clusters are like Russian dolls, with smaller ones having a similar shape to the larger ones,” said Andrea Morandi of the University of Alabama at Huntsville, who led the study. “Knowing this lets us compare them and accurately determine their distances across billions of light years.”

“We think this new technique has the ability to provide a big leap forward in our understanding of dark energy,” he added.

“We observed a sample of 300 galaxy clusters, in order to understand the rate of the expansion of the universe. So, the idea was that we use these galaxy clusters like a kind of cosmic buoys.”

“You can imagine the universe like a sea,” Morandi continued, “and you can understand whether this sea of the universe is agitated or not by observing the movement of these buoys, or galaxy clusters, and this is the method we use to measure the expansion rate of the universe.”

The Russian doll analogy is drawn from the “different galaxy clusters, different sizes, but they can be thought like scaled version,” Morandi explained to RT.

“I could be thought like a scaled version of a 4-year-old boy. I have two arms, two legs, one head. Something along the same line happens for galaxy clusters. In the case of galaxy clusters, the DNA is beautiful physical properties, which is called dark matter,” Morandi noted.

The study implies that the properties of dark matter and energy haven’t changed over the past several billion years.

“The apparently means that dark energy is a constant and not a  variable field,” Ming San, the study’s co-author, said.