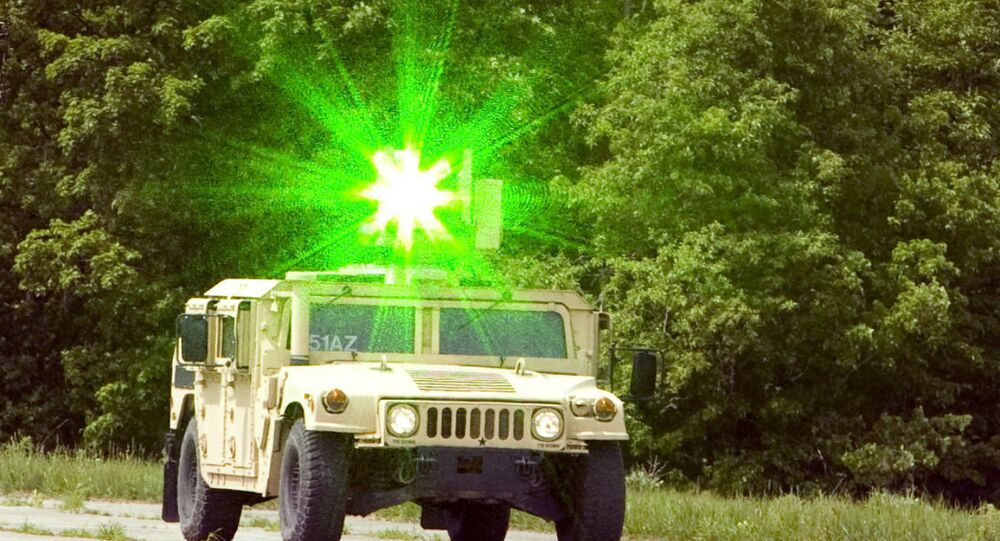 With an eye to its future wars, the US military is testing laser weapons, to perfect the latest in energy-based artillery.

The Pentagon has been developing laser weapons for years, hoping that the technology can be used to bring down enemy drones, among other things.

“We integrated HELMTT for the first time into an Army command and control network,” said program manager Adam Aberle, according to Defense News. “We learned how a laser platform would operate in a relevant tactical environment.”

Run by the US Army Space and Missile Defense Command and Army Forces Strategic Command, the HELMTT tests used a "simulated" environment to test the vehicle’s ability to acquire, track, engage, and destroy both ground and air targets.

Having successfully tested HELMTT, Aberle said the army now wants to learn “how to employ and develop the tactics, techniques and procedures of operating it and do missions planning.”

Earlier claims from the US Army indicate that the US hopes to have these weapons battle-ready by 2024.

Kelly Hammett, chief engineer at the Air Force Research Laboratory, added that "we see the technology evolving and maturing to the stage [where] it really can be used." Hammett said that the technology would not be limited to ground vehicles, and that "an unlimited magazine aircraft could address and access a wide variety of targets."

The US is also looking into the potential of using lasers to detect explosives, narcotics, and biological agents.

"[The device] would use infrared lasers to measure the signature of chemical agents and different molecules so that it’s much safer and a more practical way of interrogating a surface like the bottom of someone’s shoe," LGS Innovations CEO Kevin Kelly told Defense One, describing how his US Air Force-funded projected could be used by airport security agents.

US Coast Guard Crew in Washington State Hit by Laser