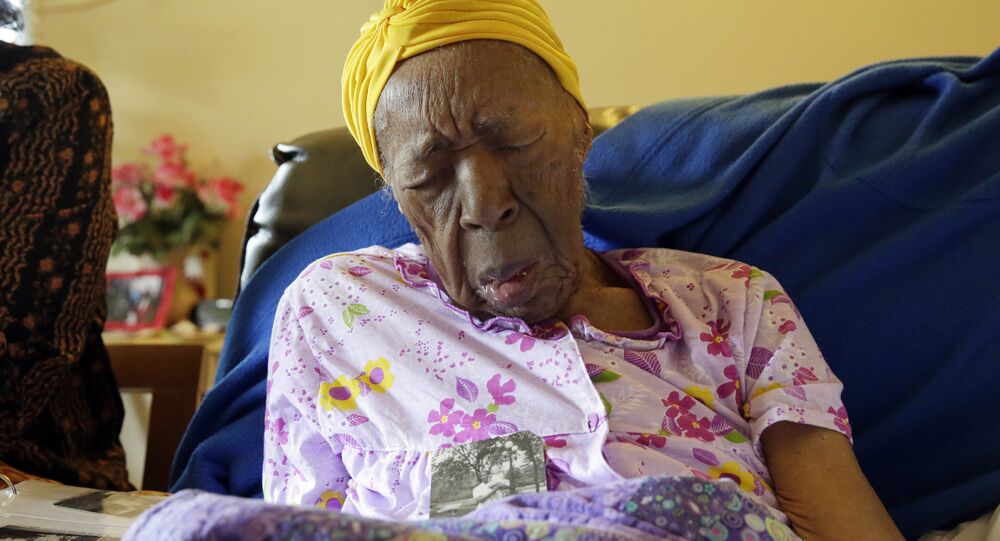 Jones, the daughter of sharecroppers and granddaughter of slaves, was born in Alabama in 1899. Her grandmother reportedly lived to the age of 117, according to census data.

© AFP 2020 / DENIS CHARLET
Are We Doomed? For the First Time in Human History, the Old Will Outnumber the Young

After graduating high school, Jones intended to become a teacher and was accepted into the Tuskegee Institute's Teacher Program, but her parents could not afford the tuition. Instead, in 1923 Jones left Alabama and headed north to New Jersey, and eventually to New York, where she made a career of housekeeping and providing childcare.

Jones married in 1928 but was divorced in 1933, and never had children. She did have over 100 nieces and nephews, however.

Perhaps due to her own lack of access to higher education, Jones created “The Calhoun Club,” a scholarship program for African American students at her high school, using her own salary.

The supercentenarian credited her long life to never smoking or consuming alcohol, though she was a big fan of bacon — which she ate throughout the day.

After Jones’ passing, the oldest living person is now 116-year-old Emma Morano-Martinuzzi of Italy, who is now thought to be the last remaining person in the world born in the 1800’s.

Died of a Broken Heart? Elderly Man Passes Away Failing to Find His Friend

Impoverished Elderly Vietnamese Couple Finally Get Wedding of Their Dreams