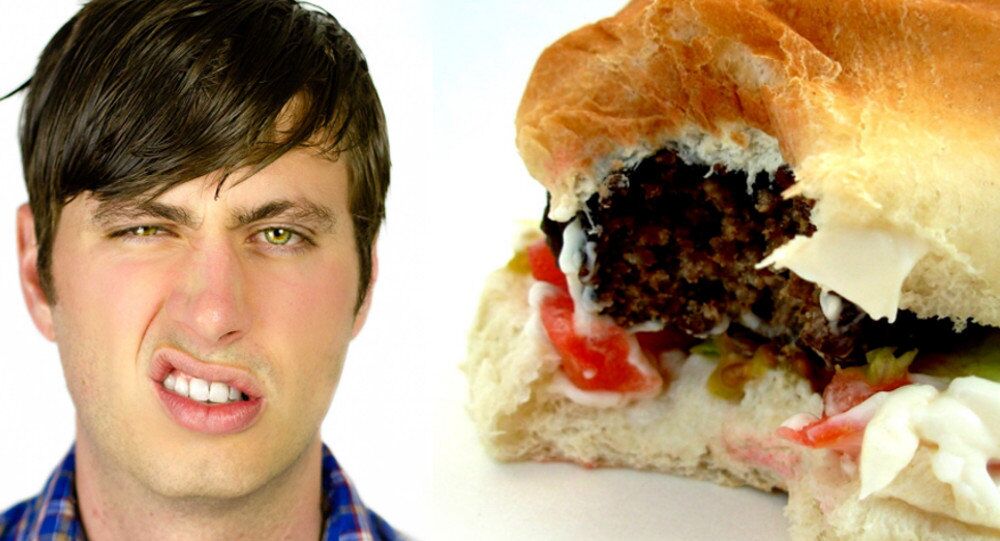 A study by Clear Lab, a company fighting for food transparency, reveals some interesting facts about hamburgers and how they contain other ingredients as well as beef.

When we think about hamburgers we typically think of the traditional American food, sold in diners. It contains a ground beef patty, sometimes accompanied with mustard and onions and placed between two pieces of bread, otherwise known as burger buns.

Fresh from our #blog: Under the Microscope — A Molecular Analysis of #Burger Products https://t.co/3rw4rVgJy9 pic.twitter.com/vpXhr44ePK

However, a new study reveals some surprising and revolting results that may change your perception of this American delicacy.

It appears beef is not the only meat found in burgers, as rat and human DNA are also present.

Research conducted by Clear Labs has revealed that burgers may not just consist of beef but also DNA from rats and humans.  Out of the 258 burgers sampled within the study, four of them had some very strange ingredients. Three of them contained rat DNA and one even had human DNA, coming from skin, fingernail or hair.

The results of the study also revealed two cases of meat in a vegetarian meal as well as a black bean burger, which contained… well, no black beans.

Your #Veggie #Burger Might Have Rat #DNA (And Beef) In It https://t.co/YSFw0gAU2o via @Eater pic.twitter.com/xZjo5LTiXs

The research identified clear issues of contamination, and hygiene within 13.6 per cent of the 258 burgers sampled.

Out of the total 258 sampled, 1.6 per cent had hygiene issues, the results uncovered rat DNA in three of the products and human DNA in one frozen vegetarian burger.

Dr Michael Doyle, Director of the Center for Food Safety, Department of Food Science & Technology, and University of Georgia said in a statement:

"It's not surprising to find some rat or human DNA in foods. When there is a food handler involved you're likely to find some form of human DNA."

The statement also talks about the importance of the US Food and Drug Administration (FDA) setting allowable limits for unhygienic ingredients, such as rat pellets to be removed.

"The FDA has set allowable limits for rat pellets in some food ingredients such as wheat because it's impossible to remove all traces of rat DNA. It sounds gross, but you have to have to put that in perspective. It's more of an aesthetic concern than one relevant to human health," Doyle said in the statement.

The report goes on to discuss the mounting pressure against the meat industry to champion trust and to capitalize on market opportunities, in light of this study, this need to develop and regain trust is ever present.

Mystery of Giant Rat: How London Gas Engineer Might Have Fooled the Media