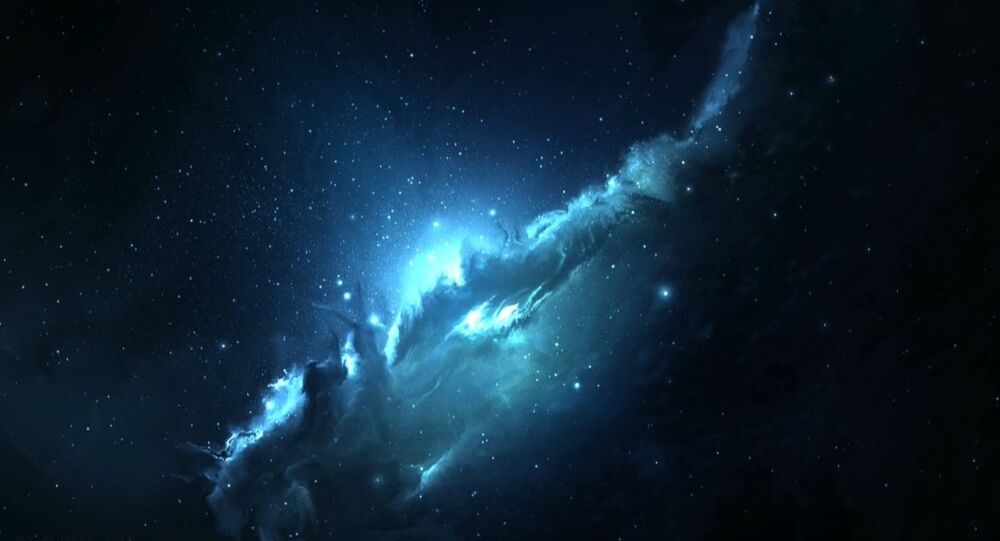 A faint blue galaxy about 30 million light-years away from Earth might reveal details on the birth of universe.

Astronomers from Indiana University (IU) found that a galaxy nicknamed Leoncino, or "little lion," located in the constellation Leo Minor, contains the lowest level of metals, which are actually any chemical elements other than hydrogen or helium.

"Finding the most metal-poor galaxy ever is exciting since it can help contribute to a quantitative test of the Big Bang," said Professor John J. Salzer from IU's Bloomington College of Arts and Sciences.

© NASA
Dark Matter Galaxy Discovered by ‘Cosmic Lens’
According to Salzer, there are relatively few ways to explore conditions at the birth of the universe, but low-metal galaxies are among the most promising. This is because the current accepted model of the universe's emergence makes clear predictions about the amount of helium and hydrogen accompanying the Big Bang. The amount of these atoms in metal-poor galaxies provides a direct test of the model.

Unlike the Leoncino, our Milky Way galaxy is a poor source of data because of its high level of heavier elements created over time by "stellar processing," in which stars produce heavier elements.

Leoncino is considered a "dwarf galaxy," it is only about 1,000 light-years in diameter and contains several million stars. For comparison, the Milky Way consists of 200-400 billion stars.