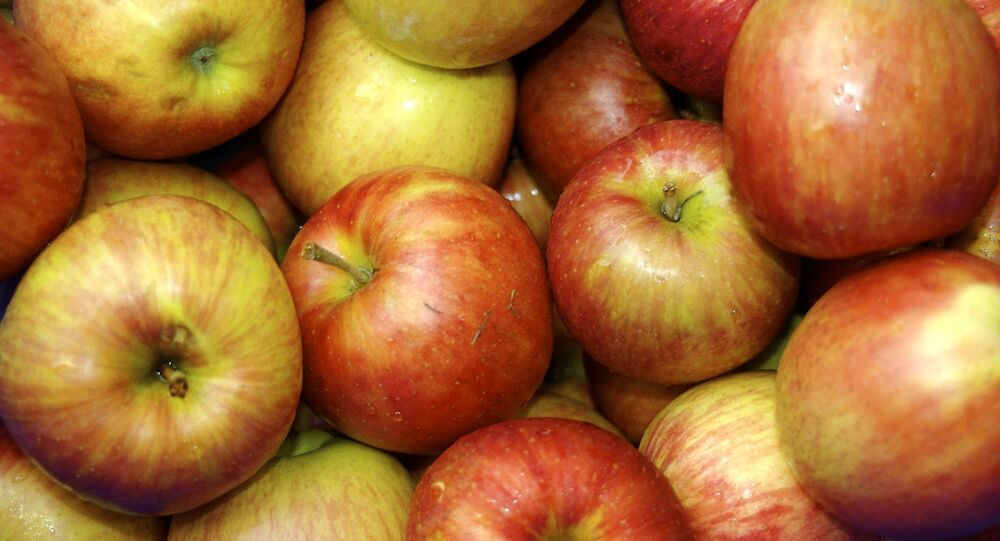 Young girls who consume large amounts of apples, bananas and grapes may lower their future risk for breast cancer, a new study suggests.

Three daily servings of fruits are strongly associated with a 25 percent drop in risk by middle age, compared with consuming just a half-serving per day, according to researchers. Additionally, drinking fruit juice did not appear to grant any benefits.

© AP Photo / Gerry Broome
Scientists Unlock Mystery of What Makes Cancer Chemotherapy-Resistant
"This is the first study that specifically shows that high fruit intake during adolescence may be linked with reduced breast cancer risk," said study author Maryam Farvid, a research associate in the department of nutrition at the Harvard T.H. Chan School of Public Health in Boston.

Farvid admitted that "due to the observational nature of the study," they could not provide evidence of cause and effect, only an association between fruit consumption and a drop in breast cancer risk.

Within the study, the research team analyzed food questionnaires completed in 1991 by over 90,000 women aged 27 to 44 who had enrolled in the Nurses' Health Study II two years earlier. That survey focused on diets during early adulthood. In 1998 more than 44,000 of the women completed a second food survey about food consumption during adolescence. Food and drink intake was also counted once every four years from 1991 to 2013; breast cancer status was tracked every two years. More than 3,200 women developed invasive breast cancer over the two decades of the study. In the end, the researchers concluded that higher fruit intake during teen age was associated with a lower risk for breast cancer.

In an accompanying editorial, a group of researchers from the University of Oxford cautioned that "much more evidence is needed" before adolescent fruit consumption can be declared crucial. At the same time, the Oxford researchers suggested that people of all ages would do well to increase their intake of fruits and vegetables. At least they are a great source of vitamins and minerals that appear to be good for health.