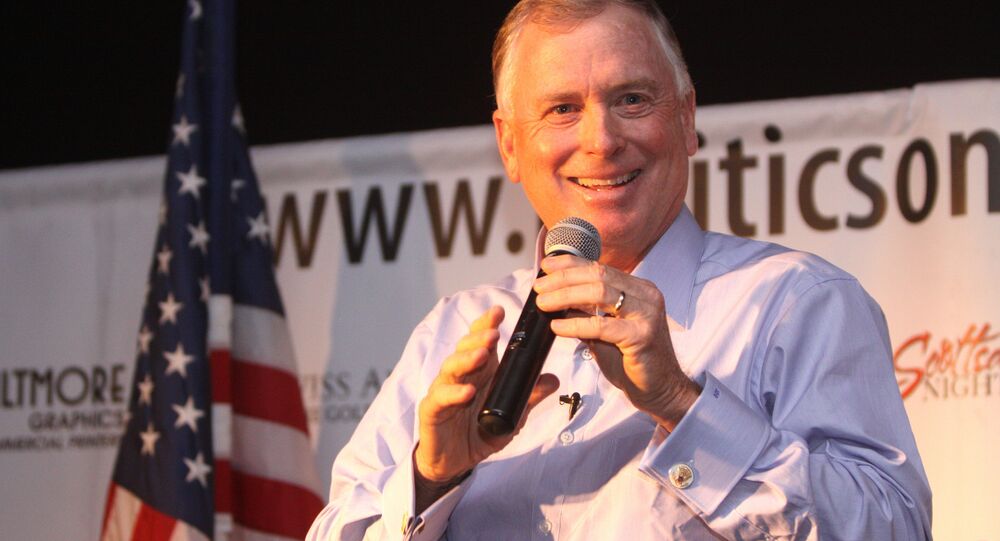 Appearing on the Today show on Thursday, former US Vice President Dan Quayle -- whose public misspelling of the word “potato” in 1992 turned him into a national laughing stock -- declared that “Trump is a winner,” and asserted that he will support the nominee.

© AFP 2021 / Brendan Smialowski/Saul Loeb
Trump, Ryan Confident in 'Great' Opportunity to Win US Presidential Election
While much of the Republican Party, particularly those in Washington, remain conflicted about Trump becoming the nominee, Quayle expects an eventual rally around the reality-television-show-producer-turned-candidate.

“I was the Republican vice president,” Quayle said. "I've been a Republican all my life. I’m going to support the nominee.”

“He’s a winner,” he added. "He knocked off 16 Republican candidates. He’s going to be the nominee; he’s the presumptive nominee.”

Brushing off the #NeverTrump movement, the former VP added that he is not alone.

“I predict that most people in my position, or people that have been around the Republican Party for a long time, will rally around the nominee,” he said.

© AP Photo / LM Otero
Trump Describes Muslim Ban Proposal as 'Just Suggestion'
Quayle expects House Speaker Paul Ryan to come around, which appears to be at least partially correct as the GOP presumptive nominee met with him at the Republican National Committee on Thursday.

“I fully expect that Paul Ryan will eventually support Donald Trump publicly,” he said. "I hope that happens, because we do have to be unified. If we’re not unified then we have a real lot of trouble, I’d say.”

Following a meeting between Ryan and Trump, the former told reporters that he found the exchange “pleasant” and “encouraging,” but that there is still work to be done to bring the party together. He also described the real estate mogul as a “very warm and genuine person.”

“Donald Trump and I have had our differences — we talked about those differences today,” Mr. Ryan said, adding, “I do believe that we are now planting the seeds to get ourselves unified.”