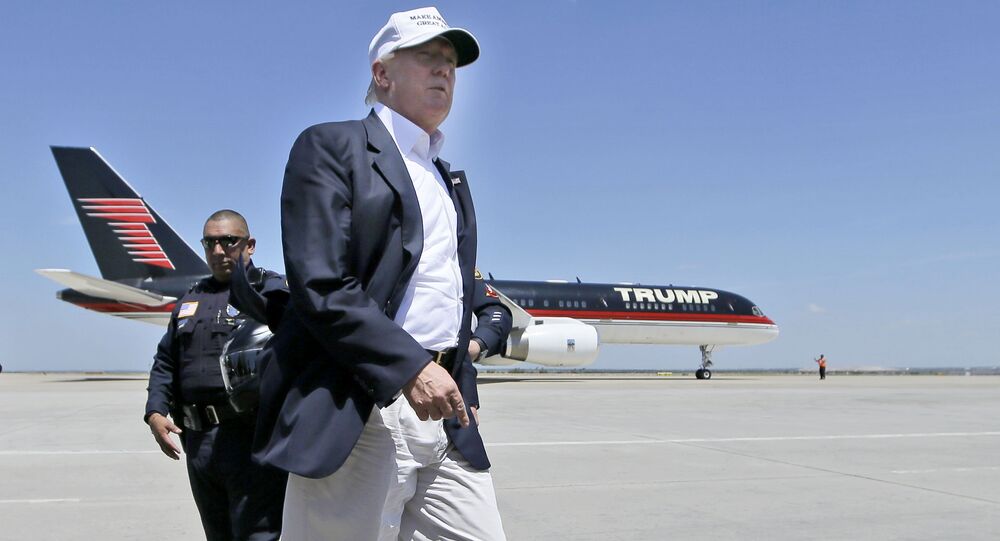 US presidential hopeful Donald Trump said that the ban he proposed to introduce on Muslims traveling to the United States was "just a suggestion."

MOSCOW (Sputnik) — US politician vowed to temporarily shut down the US border for Muslims after last December’s lethal attack in San Bernardino by a radicalized couple with links to Islamists.

"We have a serious problem. It’s a temporary ban. It hasn’t been called for yet. Nobody’s done it. This is just a suggestion until we find out what’s going on," Trump said Wednesday in a radio interview with Fox News.

Twitter / aaronnemo
The Crazy World of Donald Trump
At the same time, Trump added that radical Islamic terrorism all over the world was a serious problem and he would not deny the threat posed by radical Islamists.

Trump, who is the Republican party frontrunner, has been widely criticized for his inflammatory rhetoric and controversial statements, including in relation to immigrants, particularly from Mexico, Muslims, and women.