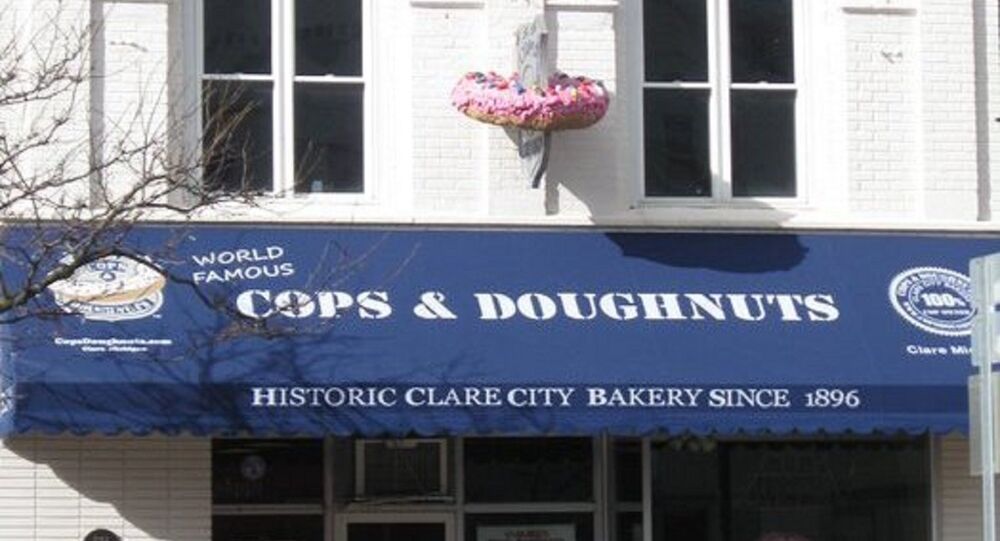 The Joke Writes Itself: Cops and Doughnuts Bakery Expanding

A group of cops came together in Michigan to save a 113-year-old bakery, and ended up creating a multi-million dollar brand by renaming it “Cops & Doughnuts.”

Swiss Water Facebook
Decaffeinated ‘Coffee Joint’ Opens in NYC, Mocked by Java Lovers Online
The officers hoped that, by seizing on the stereotype of doughnut-loving cops, their parody would gain the attention necessary to keep the bakery afloat. They gambled and won, and are now expanding the brand across the state.

"All we wanted to do was save this old bakery," Al "Bubba" White, vice president and one of the founding nine members of Cops and Doughnuts, told MLive.

The bakery currently has 60 employees and three storefronts, and is considering expanding beyond Michigan into Indiana.

The officers knew that the idea would generate some media attention, but did not anticipate the positive international buzz it has received.

"We thought the story would spike — because it's such a good story — but then disappear," White said. "Our goal was to break even and then maybe five or 10 years down the road, we could sell the business.

The venture also offers t-shirts and other swag, emblazoned with slogans such as “Don’t Glaze Me, Bro,” “Don’t dunk and drive,” and “DWI: Doughnuts were Involved.”

We reached out to Greg (Ryno) Rynearson, the cop-owner-president, and asked if the bakery has received any blowback or protest, given the recent nationwide spotlight on police brutality.

“None whatsoever. We are all like family in the area. Our community loves what we are doing. Both Bay City and Ludington, Michigan are just as welcoming,” Rynearson told Sputnik News.

The cops now hope to grow the band nationwide through franchises, aiming for as many as 30 bakeries by 2018.

The bakery will also have a booth at “Tent City” during the Police Week in Washington, DC, this week.

US Government Spent $45,000 to Market Pumpkin Donuts as Healthy

The Coffee Lover's Guide to the Galaxy