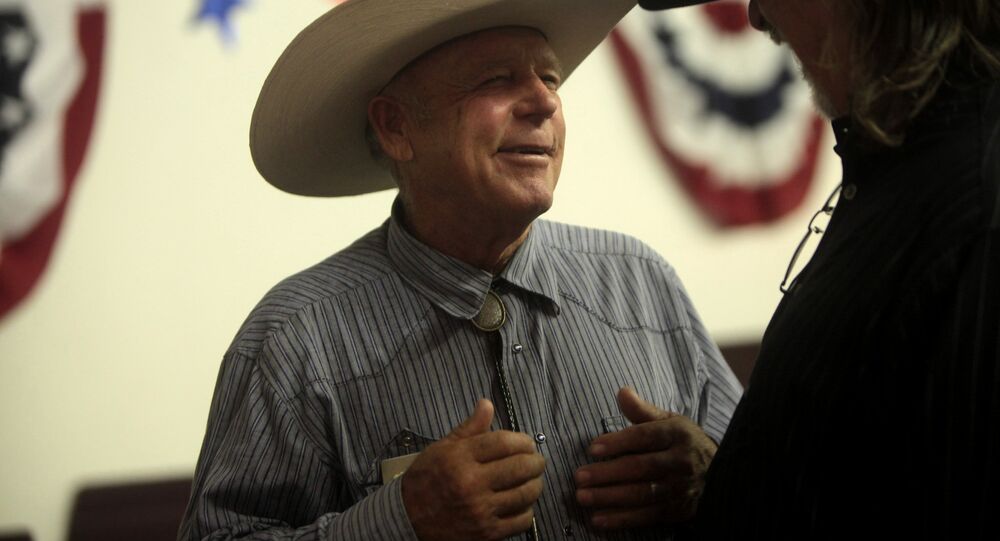 Cliven Bundy, currently imprisoned in solitary confinement relating to the occupation of a wildlife refuge in the state of Oregon, has successfully filed a completely-unhinged lawsuit against US President Barack Obama and other officials -- asserting that the government seeks to sell his ranch to “the Chinese.”

The complaint details the plaintiff’s mistaken belief that the attempt by the Bureau of Land Management (BLM) to seize his cattle after he illegally allowed them, for several years, to graze on federal land, is part of a ploy by the Obama and Reid families to seize his ranch “for profit and/or kickbacks from the purchaser(s), some of whom were reported to be communist Chinese.”

For many years, Bundy illegally put his cattle to graze on federal land in Nevada, refusing to recognize BLM authority of the territory. The rancher has accumulated over $1 million in grazing fees, which he refuses to pay.

In 2014, BLM officials arrived at Bundy’s ranch with the intention of seizing the animals, but were met with a large, heavily-armed militia group in support of the rancher. The government chose to retire rather than risk unnecessary bloodshed, an act of compassion which emboldened anti-government groups across the nation.

The lawsuit however, claims that the arrest of his sons and himself, after they took over a federal wildlife reserve in Oregon in 2015, is part of a nefarious plot that the President has been publicly threatening him with, evidenced by a joke made at the 2014 White House Correspondents' Dinner.

The complaint then quoted the President’s play on words regarding Bundy’s use of the word “negroes,” in comparing his family to slaves.

“We have some other athletes here tonight, including Olympic snowboarding gold medalist Jamie Anderson is here. We’re proud of her. (Applause). Michelle and I watched the Olympics – we cannot believe what these folks do – death-defying feats – Haven’t seen somebody pull a “180” that fast since Rand Paul disinvited that Nevada rancher from this dinner. (Laughter). As a general rule, things don’t end well if the sentence starts, “Let me tell you something I know about the negro.” (Laughter). You don’t really need to hear the rest of it. (Laughter and Applause). Just a tip for you – don’t start your sentence that way. (Laughter).”

Reid however, is unamused by the lawsuit, and insists that the Bundy’s will be brought to justice.

“It is hardly surprising that Cliven Bundy, a man who has been breaking federal law for decades, would file a baseless and absurd lawsuit,” Reid spokeswoman Kristen Orthman said in a statement. “Bundy, his sons and their believers have endangered the lives of federal officers, have defaced and damaged public lands and squandered public resources for their own benefit.”

“They are domestic terrorists,” Orthman stated. “They are deadly and dangerous and will be brought to justice.”

The suit seeks the removal of Judge Navarro from the case, as well as over $50 million in damages.

It is not known whether a psychiatric evaluation of the plaintiff has yet been ordered.