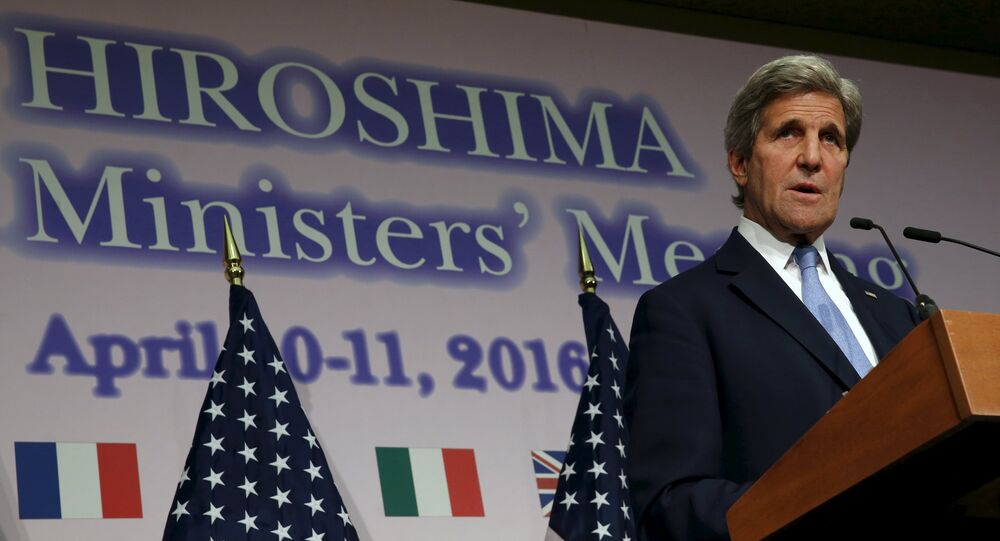 US Secretary of State John Kerry said in a speech to Oxford Union about the higly negative impact of the world corruption.

WASHINGTON (Sputnik) — Corruption costs the world economy around $2.6 trillion annually, US Secretary of State John Kerry said in a speech to Oxford Union in London on Wednesday.

© REUTERS / Shannon Stapleton
Former New York Speaker Sentenced to 12 Years Over Corruption Scandal
The secretary noted the money wasted by corrupt enterprises amounts to about ten times the total amount the international community spends every year on all development projects.

Kerry further noted that corrupt governance in Ukraine triggered an international crisis, and said that failing to fight back against organized crime and nepotism generally invalidates government credibility.

The United States has more than doubled its foreign assistance for anti-corruption programs in the last four years, according to the US State Department.

Kerry’s speech comes as he heads a US delegation to the Anti-Corruption Summit in London headed by UK Prime Minister David Cameron and attended by leaders from Afghanistan, Colombia and Nigeria, as well as other nations.