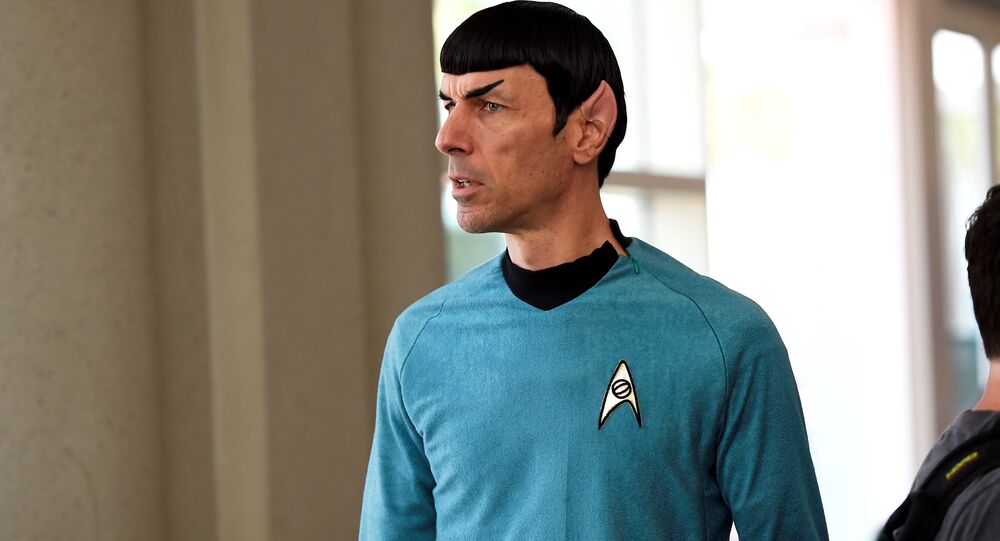 Where No Lawsuit Has Gone Before: Can Star Trek's Klingon Be Copyrighted?

A legal controversy over a fictional alien language is spiraling into a debate about linguistics and computer coding in the US.

The two studios that own the rights to legendary TV space opera Star Trek — Paramount Pictures and CBS — are suing the creators of a short Star Trek fan movie for copyright infringement.

Indie producers Axanar production and Alec Peters released their first Star Trek-inspired short in 2014, and have so far raised over US$100,000 to crowdfund their next, feature-length movie, "Axanar."

Both films are intended as prequels to the Star Trek's original storyline.

"Axanar tells the story of Garth and his crew during the Four Years War, the war with the Klingon Empire that almost tore the Federation apart. Garth's victory at Axanar solidified the Federation and allowed it to become the entity we know in Kirk's time," Axanar's website explains.

As such, the movies feature many of the elements of the series, to which the studios took offense. The complaint filed in December 2015, in particular, requests stopping the production due to the presence of several "infringing elements," which include Star Trek's characters, planets, alien races, and even its iconic Klingon language.

Kirk has a flare for command. #StarTrek pic.twitter.com/C5LNWiusGk

The presence of Klingon in the lawsuit, among other things, is of particular importance.

The fictional language — spoken by the grouchy, bellicose extraterrestrial 'Klingons' — was created from scratch for the series by American linguist Mark Okrand. Over time it has grown into an extremely coherent tongue — there is even an opera written and sung in Klingon.

According to the Language Creation Society, which has published an amicus brief to assist Axanar:

"The language has taken on a life of its own. Thousands of people began studying it, building upon it, and using it to communicate among themselves."

The question is whether- as Paramount and CBS in fact think — a language, however fictional, can be copyrighted and owned; and whether people can be prevented from speaking it.

And this is not only an intellectual linguistics dilemma. There is in fact a raging debate in the tech communities on whether programing languages — like Java, Python, Ruby and so on — can be copyrighted after being invented.

If it were so, all hell would break loose in the programing world, which is founded on the principle of free exchange and sharing on different languages.

The question is still controversial however — the EU Court of Justice ruled against copyrighting programing languages in 2012, while a US federal court ruled in favor of the computer company Oracle in a recent coding copyright case against Google.

The final answer, anyway, will not come until the case pitting Paramount and CBS against Axanar starts in May 2017.