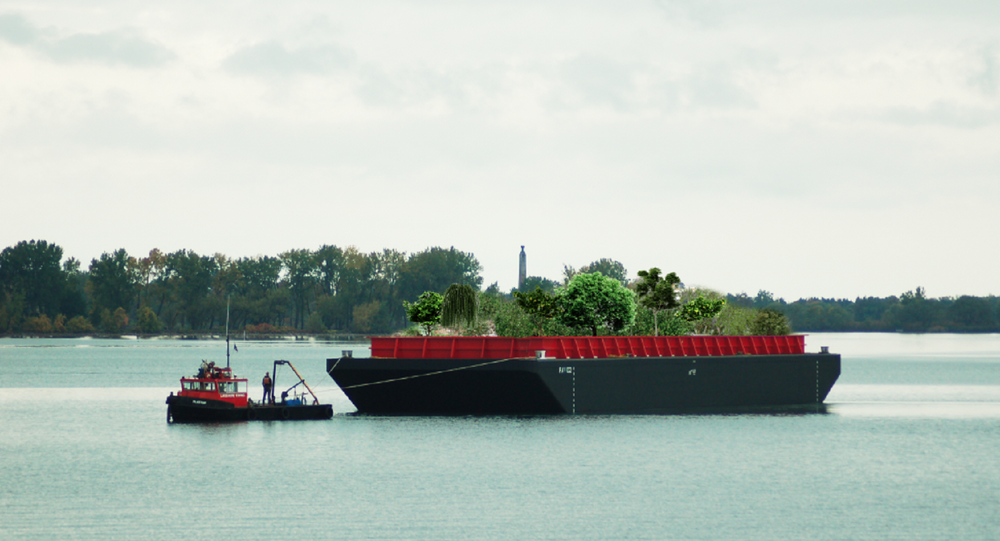 A project called Swale has created an “edible forest” on an 80 foot barge which embark on a journey to visit New York City food ‘deserts,’ and allow people to pick their own produce for free.

The project is described as an art installation, and asks people to reconsider their food systems, confirm food as a human right, and inspire people to create their own gardens of public food in public spaces.

© REUTERS / Yannis Behrakis
Two-Edged Sword: Should a Hungry Man be Punished for Stealing?

“Food forests are a naturally regenerating, resilient, and effective agro-ecosystems, which can, over time, provide free, fresh food. However, food forests on New York City's public land have been off-limits for almost a century for fear that a glut of foragers may destroy an ecosystem. But Swale imagines a different world, a different solution,” a website for the project explains.

Sponsored by the New York Foundation for the Arts, the barge has over 80 species of trees, plants, and herbs — including apples, gooseberries, chives, asparagus, yams, strawberries, sea kale, tomatillos, and ginger.

The floating food forest will be making scheduled stops at various docks throughout the city over the summer and the organization sponsoring the botanical barge has launched a Kickstarter campaign to keep the vessel afloat.

“Swale received initial support from A Blade of Grass (an NYC non-profit that supports socially engaged art) in the form of a Fellowship to Mary, that enabled her to begin the process. But it is a large and complex project, so we're still looking for support, hence the Kickstarter crowdfunding campaign,” Amanda McDonald Crowley of Swale project told Sputnik News.

Number of Hungry People Drops by 100Mln Over Decade: UN