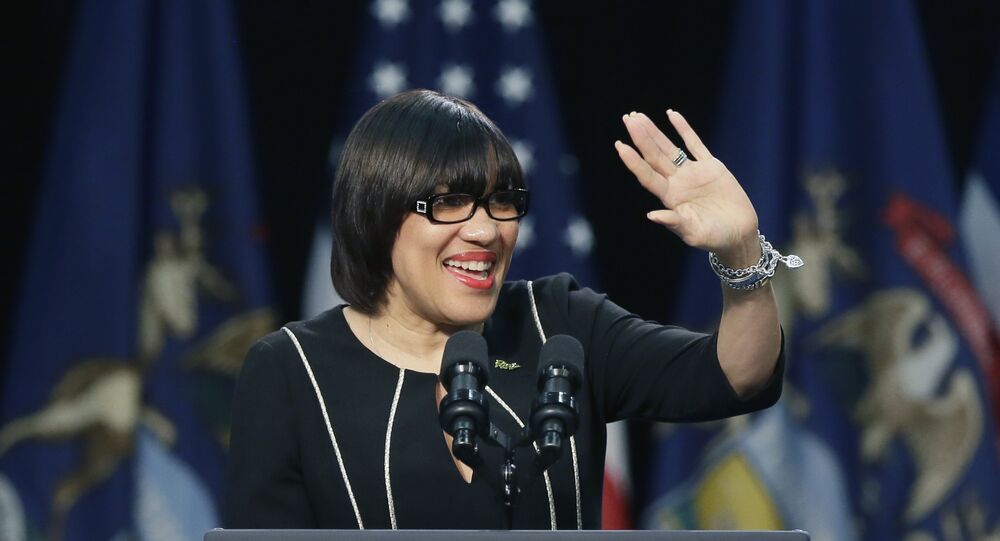 A lawsuit filed on Monday by a former administrator in Flint, Michigan, asserts that she was fired for seeking an investigation into concerns that the mayor attempted to funnel funds from a charity meant to help victims of the water crisis into a personal campaign fund.

Henderson’s lawsuit claims that she was fired in violation of whistleblower and free-speech protections.

The claims are that Weaver ordered her assistant and a volunteer to direct donors wanting to help Flint residents to her political action committee’s website, instead of to the Safe Water/Safe Homes fund. As of yet, it has not been confirmed whether donations meant for Flint residents went to the mayor’s fund.

Henderson had been an administrator in Flint since 2015, and was fired on February 12. She is seeking unpaid wages and other damages.

So far, three officials have been charged with misdemeanors and felonies for their roles in the water crisis which poisoned the city. Activists, residents, and even lawmakers have called for Governor Rick Snyder to be removed from office and arrested, though the calls have been ignored.

The contamination of Flint’s water began in April 2014, when the city stopped receiving its supply from Detroit, and shifted to water taken directly from the Flint River, a source known to have a high corrosive salt content. Corrosive salts in the water damaged the city’s pipes, which contain lead, causing the toxin to be released into the water.

In October 2015, the state changed the city’s drinking water source back from the polluted Flint River to the Detroit water system, but even the filtered water remains unsafe for pregnant women and children under six-years-old.