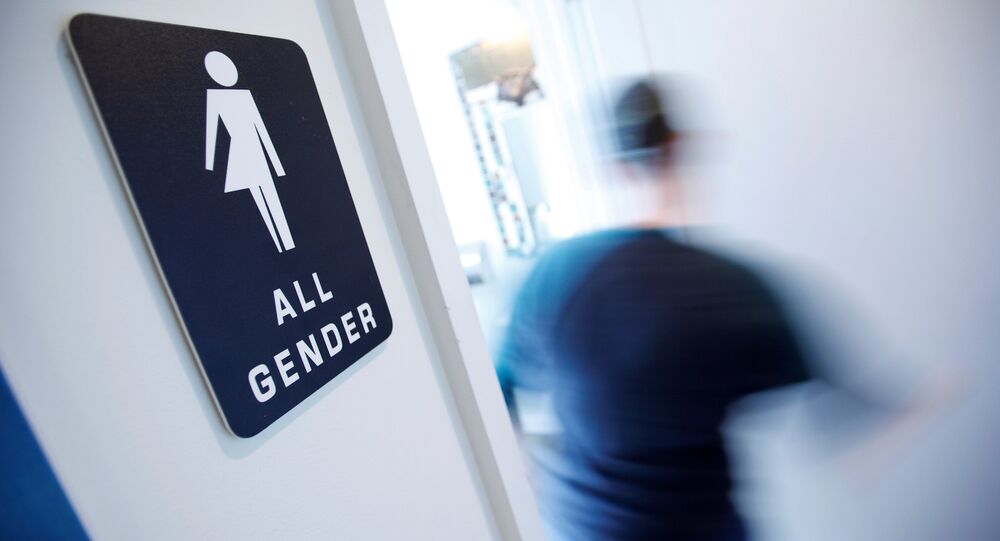 About 60% American people do not favour laws requiring people to use bathrooms corresponding with the gender on their birth certificate, recent poll revealed.

WASHINGTON (Sputnik) — Nearly 6 out of 10 people in the United States oppose laws requiring people to use bathrooms corresponding with the gender on their birth certificate rather than their gender identity, according to an ORC International and CNN poll released on Monday.

"Overall, 57 percent say they oppose laws requiring transgender individuals to use facilities that do not match their gender identity, 38 percent support such laws," CNN stated.

© AFP 2020 / Michael B. Thomas
Trump Ability to Control Rhetoric Likely to Determine the Next US President
Strong opposition to the laws outweighed strong support for them, according to the poll results.

Moreover, 75 percent of respondents said they favored laws guaranteeing equal protection for transgender people in jobs, housing, and "public accommodations," such as bathrooms.

​In a letter to North Carolina Governor Pat McCrory last week, the US Department of Justice said the state’s bathroom law is a violation of US federal anti-discrimination policy, and gave McCrory until close of business on Monday to dismantle it or face losing billions of dollars in federal funding.