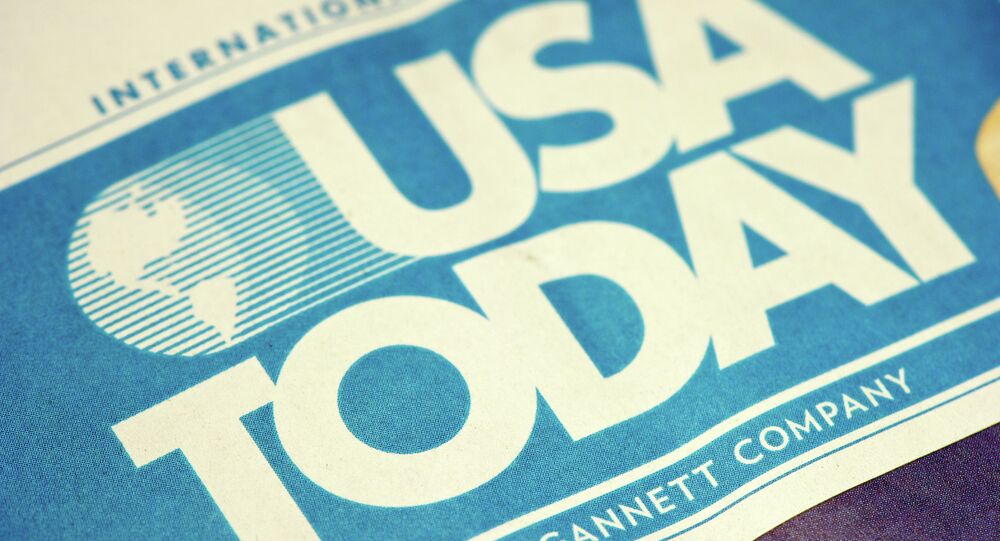 Tribune Publishing Co. to thwart an attempted takeover from media giant Gannet Co., the company announced in a statement on Monday.

WASHINGTON (Sputnik) — Tribune Publishing Co., owner of two of the largest US regional newspapers, is adopting a shareholder rights plan to thwart an attempted hostile takeover from media giant Gannet Co., the company announced in a statement on Monday.

"Based on Gannett's approach and continued hostility, the board is taking prudent measures to protect our shareholders' best interests," Tribune CEO Justin Dearborn stated.

Tribune, which owns the LA Times and Chicago Tribune, has said it views the move as opportunistic and that it undervalues the publisher’s assets. The company has also criticized Gannett’s refusal to discuss the offer privately.

The plan announced on Monday would make it difficult for Gannett to acquire more than 20 percent of Tribune’s shares.

Gannett owns 108 US newspapers and corresponding digital assets as part of a newly-created USA Today Network, a nationwide news organization.