What started out as an unconventional technique is now providing the United States with more than 2/3 of its natural gas. It’s called hydraulic fracturing. You may have heard of it as fracking. 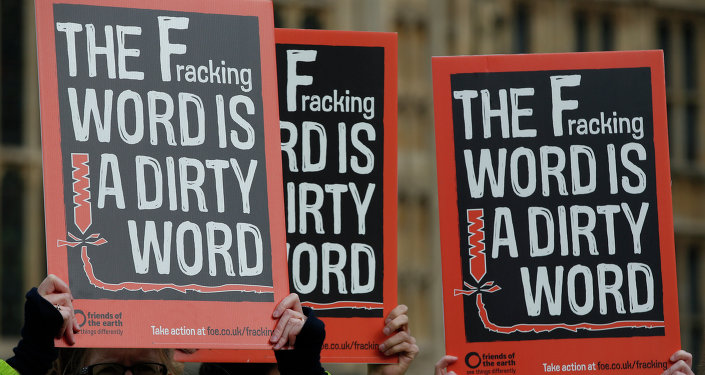 © AP Photo / Alastair Grant
Pennsylvania Town Opposes Fracking, Says Civil Disobedience a Human Right
Hydraulic fracturing accounts for 67 percent of marketed gas output in the US, according to a new report by the Energy Information Administration. In 2000, that rate was less than 7 percent.

The controversial practice involves pumping large amounts of water, sand and chemicals deep underground through a well to break shale. Shattering these rocks releases fuel like natural gas and oil.

The natural gas is then put through a process to remove impurities and extract other valuable gases like propane and ethane.

“A decade ago, no one projected the growth in shale gas or tight oil in the US or anywhere else in the world,” said energy analyst and blogger Rod Janssen.

© Flickr / Phoenix Law
Supreme Court of US Colorado State Outlaws Local Bans on Fracking
Today, the report indicates that fracking has allowed the US to extract natural gas at historic levels. Production growth has also allowed the US to become a net exporter of liquid gas for the first time, according to the Examiner.

This economic progress, however, is not gaining much support from environmentalists who say that extracting natural gas through fracking leaks dangerous levels of methane, which then harms the atmosphere.

However, a recent study indicates that the post-2006 increase in atmospheric methane wasn’t mainly due to fracking or escaped shale gas. The study by the National Institute of Water and Atmospheric Research attributed most of the increase to agricultural practices and methane-producing bacteria.

Still, the Environmental Protection Agency is imposing more regulations. In March, it announced crafting rules to “regulate methane from hundreds of thousands of oil and gas wells already in operation."