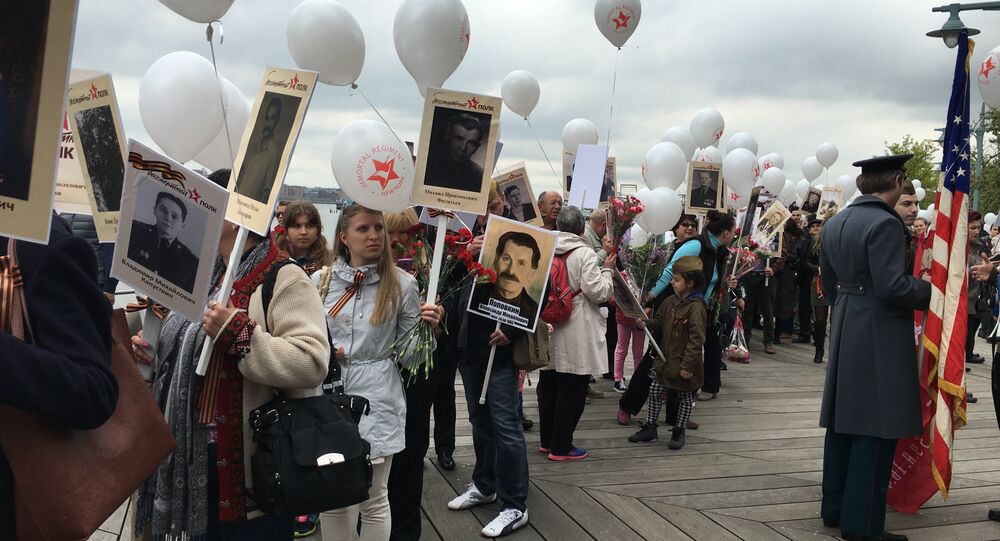 The Immortal Regiment commemorates WWII soldiers in marches held around the world on May 9, a day celebrated as Victory Day in Russia and the former Soviet republics. During the marches, people carry photographs of their ancestors who participated in the war.

The first public Immortal Regiment event was held in the Siberian city of Tomsk in 2012. By 2013, it 120 cities joined the event and that number grew to 500 cities and towns in seven countries by the following year.

​The first US march was held in the city of New York on May 3 of last year. This year, the event has expanded to include Boston, Chicago, Denver, Houston, Orlando, San Francisco, Seattle and Washington. Overall, organizers millions of people are expected to take part in marches around the world. Last year, an estimated 12 million participated in Russia.

In Washington, activists are marching from the White House to the World War II Memorial on the National Mall.

Organizers Invite People of All Nationalities to London 'Immortal Regiment'

Lithuanian Cities to Host 'Immortal Regiment' Marches on May 9