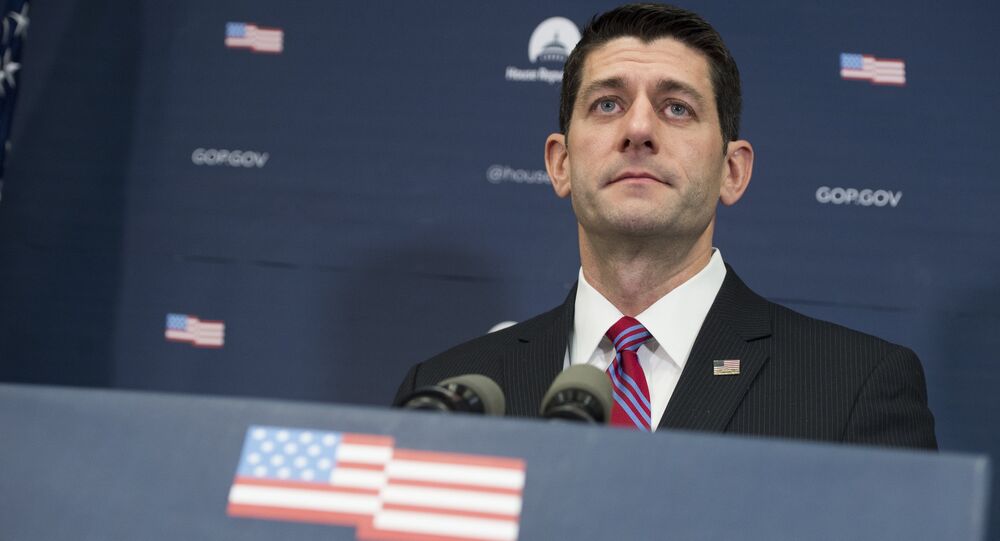 Paul Ryan said in an interview on Thursday he is not ready to support Donald Trump as the Republican party’s nominee.

© AP Photo / Seth Perlman
Trump ‘Deserves Respect’, Still Wrong on Muslim Ban Proposal - Cameron
WASHINGTON (Sputnik) — US House of Representatives Speaker Paul Ryan said in an interview on Thursday he is not ready to support Donald Trump as the Republican party’s nominee for president of the United States.

"At this point, I’m just not there right now," Ryan told CNN when asked if he would support Trump’s candidacy.

Ryan explained that, while it is important for the Republican Party to rally behind its presidential nominee, the onus for unity is on Trump.

Trump eliminated his final two opponents for the Republican party’s nomination after winning the primary election in the US state of Indiana on Tuesday.

Trump’s formal nomination is expected to take place at the Republican National Convention in Cleveland, Ohio in July.