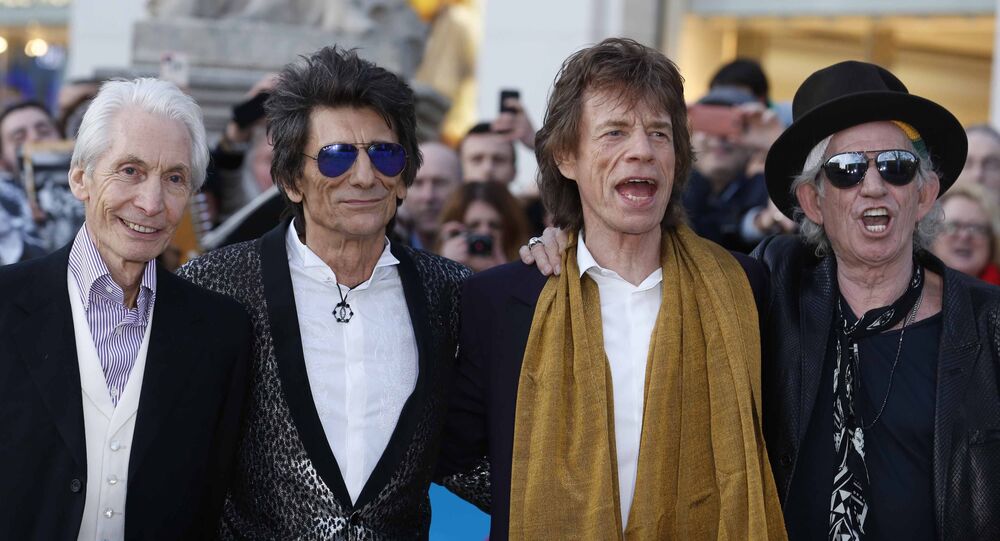 Donald Trump plays Rolling Stones songs at a campaign rally, but artists order him to stop playing them, with immediate effect.

Donald Trump just can't seem to find the perfect soundtrack for his campaign trail. The presidential contender is trying desperately to play some of the most inspirational music as part of his race to the White House campaign, but his controversial comments have not gone unnoticed by the artists and their managers.

Every time Trump tries to play a song, the artists' management team serves him with a cease and desist notice.

Trump started playing music by artists , Adele, R.E.M. and Neil Young, and having had no luck with each of them, he moved on to the Rolling Stones.

Adele and Aerosmith both asked the candidate to stop using their songs. Neil Young also objected when the entrepreneur businessman started to play, "Rockin' in the Free World" during his campaign kickoff announcement last year. R.E.M.'s lead singer took it to the next level and told the Republican politician as well as the Tea Party, "go f*** yourselves."

'You Can't Always Get What You Want'

He played "You can't always get what you want" and "Start me up" during his victory night on May 3rd, but again was told to stop and served with a cease and desist notice by the band's management team.

This was a no-brainer for them, especially given the fact that Keith Richards once pulled a knife on Donald Trump — the two are far from close. According to a statement, issued 4th May, the rock band has said they have not given permission for Trump to use their songs and have requested that, "[he] cease all use immediately."

A spokesperson for Donald Trump refused to confirm if they had permission and a licence to play their songs, but as Trump is an avid fan of the rock group, he has been featuring Rolling Stones music at his rallies for months as part of a diverse soundtrack that also includes Elton John, opera and classic rock songs.